StreetSquash is equal parts squash and equal parts academics, so it’s important to ensure that kids are comfortable in both spaces.

Previously, StreetSquash’s four classrooms featured mostly white walls, white tables, and white chairs. But with a new Academic team at the organization, they set out to change all that.

“These students spent more than a year at home completely comfortable, maybe with their laptop on a couch or on a bed and then coming into an environment and changing that completely,” StreetSquash Program Director Stefany Navarro said. “So for me it was just giving the staff autonomy with creating comfortable spaces.”

Classrooms now feature a variety of different seating arrangements. Students can sit at long tables if they want to be in a large group. They can sit alone or in smaller groups at small round tables.

Classrooms are also equipped with couches and bean bag chairs for students who prefer to lounge while doing their work.

At the link in our bio, read more about how the classrooms have been transformed for the 2022-2023 academic year. 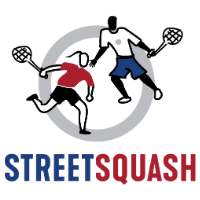 Robert Earl was born in Buffalo, New York and has two Master’s Degrees – one in Student Personnel Administration in Higher Education and another in Divinity. Earl has a Bachelor of Science in African American studies. He was also a member of the University at Buffalo basketball team while in college.

In addition to his role at StreetSquash, Earl also serves as a pastor.