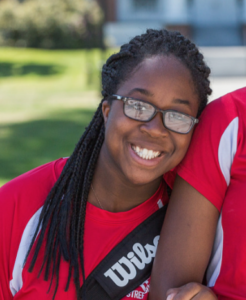 My experience at Columbia University was most definitely a learning experience. I attended their Creative Writing course that lasted for approximately three weeks. Upon entering the course, I had one fear and one aspiration. My fear was about group work and feedback. I was weary that I would dismiss my peers’ suggestions and counsel. My aspiration for the course was to learn more about the styles in creative writing and how I can fine tune my own. I was pleasantly surprised to have my fear shattered and my aspiration fulfilled. My peers helped my writing immensely and I ended up being more than willing to adhere to their suggestions. They did a splendid job of balancing out both the “construction” and criticism in constructive criticism. After I had applied their, as well as the teachers’, pieces of advice my writing became much better. Their feedback also helped immensely in the editing process. It became much more enjoyable to tweak my work in anticipation of the final product.
The only downfall to the program was the amount of listening we had to do at the hands of the teachers. I prefer being taught with rather than at. That way it is more engaging and the teacher can have a better understanding of whether or not their students understand. The program had a lot of writing to be done in a short span of time. The first two weeks consisted of writing two free verse poems, one short prose, a short script (or dramatic scene) and a long prose piece. Towards the middle of the third week we were to edit the pieces, place them into a portfolio and submit them to the professor.
The classes were split into three, with a choice of a fourth for an elective, classes. The morning class was a seminar. We mostly wrote prompts and short poems. We also read pieces relating to what we were doing on that particular day. The second class was a workshop class so we read our peers works as well as works from various authors. After the second class we had lunch then the option of an elective. I chose to partake in the theater elective, I decided to participate in the elective because of my old passion for acting. Since I had lost my love for performance, I decided to try the actual writing behind it. It was a lovely experience. But my weakness for writing long pieces proved to be an adversity. When I would decide to write a story or a play, towards the end of it I either lose interest completely or it becomes sloppily done. My strong suits remain within the beginning and much of the middle of my works. Nevertheless, I gave it my best and appreciated the class greatly.
This program definitely narrowed down my strong suits and my favorite aspects of writing. I found out that I greatly enjoyed reading and editing other people’s works as well as writing poetry and short stories. My fear that I wouldn’t do well as an author due to my hardship of writing lengthy stories diminished. I realized that it left room for improvement as well as highlighted my actual interests, which lie within poetry and short stories. I also greatly enjoy analysing stories/novels and interpreting their meanings.
The program definitely reminded me of school. I am fortunate that my high school does both creative writing as well as expository. This past school year, my first semester consisted of expository writing, and the second, creative writing. Both semesters were led by a topic. In my freshmen year of the first semester we focused on the theme of love and how it played out in the novels we read. We analysed Half of a Yellow Sun by Chimamanda Ngozi Adichie, Their Eyes Were Watching God by Zora Neale Hurston and the classic The Great Gatsby by F. Scott Fitzgerald. For the second semester our theme was Crime. So we mostly focused on short stories and authors such as Gabriel Garcia Marquez, Edgar Allen Poe, Jorge Luis Borges and Julio Cortazar. Last year’s course in Literature most definitely sharpened my writing skills and helped me realize what my style is. I’m very grateful to have participated in Columbia’s Creative Writing Program and I can certainly say that I learned a lot. 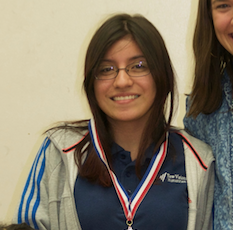 While I was at Brown University in the Summer@Brown program, I took World Literature. In the two weeks that I took the class, we read four books written by four different authors from around the world. We took quizzes every day at the beginning of every class, had a midterm and final, and wrote a five-page essay. The objective of the course was for us to develop adult-level writing that could help us when we get to college. Although I didn’t get a good grade on my paper I still learned the essentials of writing a good paper. After my class, I would go to Arts and Crafts, Book Autopsies, and Open Mic in the evenings. My favorite part of the program was the independence that we were given. Being in the program was like a simulation of what college would be and tested how I would handle my classwork/homework, eating habits, etc. It made me realize that it was hard to juggle homework and having fun, so now I know what to expect when I go to college. I didn’t really have a least favorite part of the program; however, I would have liked it if there was an adult around who I could have questioned if I didn’t know anything. Applying, as well as going, to this program took me out of my comfort zone and I’m glad I participated in it. 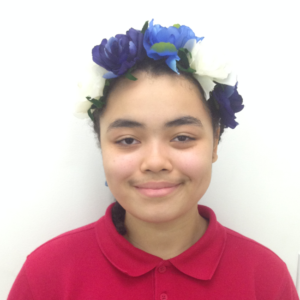 This July I attended the summer college program at Syracuse University. For two, weeks I took an introduction to photography class. The class consisted of learning how to change camera settings in different environments, using the flash, using tripods, editing pictures, printing pictures, and working together on a professional photoshoot. We had different assignments every night for homework and prepared for our roles that we had for the photoshoot such as: Photographer, lighting crew, and Artistic designer (the person who plans outfits and poses for the models). Besides the class I participated in spa night, cupcake decorating night, movie night, and arts & crafts night.

My favorite part about the program was the class and improving my skills as a photographer. I learned that I really want to be a photographer and probably major in Photography in college. My least favorite part was the food which made my, and others’, stomach hurt. I also didn’t like that a lot of the people acted entitled and like they were better than everyone else.

This program was way better than my school. Academically, it was great. I got an experience with photography that will remain with me for a lifetime. Socially, I felt more free and independent. People also seemed more interested in academics than at TMA. I learned that I have to be more outspoken if I want to make more friends because people won’t come looking for me. I was fortunate enough to make a friend that already had many friends at the program with her. This made it easy for me to make a lot of friends because we all made our own friends and met each other’s roommates and classmates. Overall, this summer program taught me a lot about college and myself.