The Cup kicked off on Saturday morning, where the high spirits and energy inside the SL Green StreetSquash Center could not be dampened, despite the untimely Nor’easter overtaking Manhattan. All ten participating teams gathered on one of the eight courts inside the state-of-the-art SL Green StreetSquash Center. Founder and Executive Director George Polsky introduced the team captains, participating pros and StreetSquashers on each respective team.

The competing pros and StreetSquashers were impressive, with squash favorites such as Peter Nicol, former World #1, Alister Walker, former World #12 and current touring pro, Campbell Grayson, current World #37, leading the top of the line-up. The tournament also featured the US Collegiate National Champion Osama Khalifa, and Finalist Mario Yanez Tapia, as well as an array of top local squash pros, such as Wael El Hindi and Bradley Ball. New to the competition was 18 year old Andrew Douglas, the #1 Junior squash player in the United States, who was one of the most exciting pros to watch throughout the day.

On the opposite end of the line-ups, each team was awarded a StreetSquash alumnus to play at the #6 spot. Many of the alumni arrived at the Cup fresh from finals, at schools such as Hobart & William Smith College, Connecticut College, Mount Holyoke College, Wesleyan University and more.

As the competition came to an end, the players, pros, students, and supporters, gathered back on court for the trophy presentation and concluding speeches. Divine Wing, who graduated from the program in 2014 and matriculated at Hobart College soon thereafter, spoke to the audience with deep gratitude and pride. “I always knew I was destined for greatness,” Divine announced light-heartedly, “and StreetSquash has helped me achieve that.” The crowd erupted in applause and laughter, as Divine continued to speak of his ability to conquer his rigorous academic workload, while also balancing his schedule on the varsity squash team.

Polsky then highlighted long-time supporter, David Sachs, for continuing to support the program after eight long years participating in each cup. While some joke that he only continues to show up for the highly-anticipated BBQ catered by Danny Meyer’s Blue Smoke, the truth is, David Sachs is one of many supporters who truly believes in the work and mission of StreetSquash.

StreetSquash Board Chair Mitch Truwit concluded the speeches, and credited Polsky for StreetSquash’s success over the last 18 years. “It is rare to find a leader who is able to strategize and implement plans, while also being a sound listener,” Truwit praised, “George Polsky can do both.”

The event finished with a BBQ buffet on the courts, and boundless enthusiasm and celebration for StreetSquash. 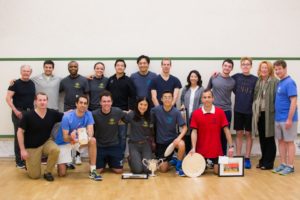 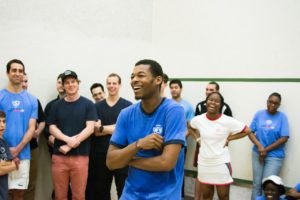 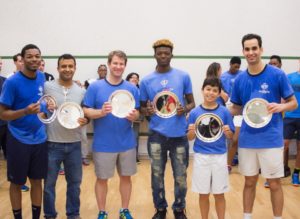 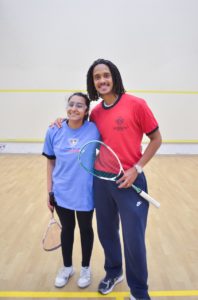 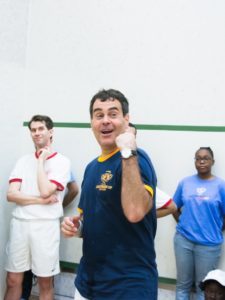 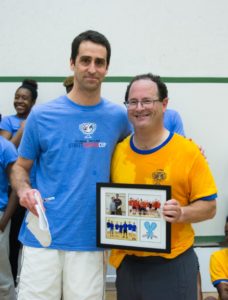 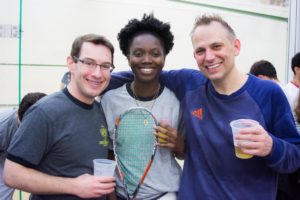 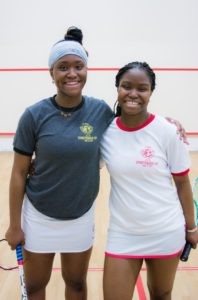 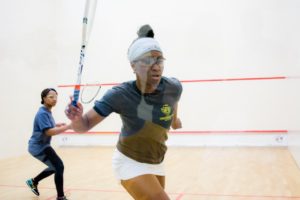 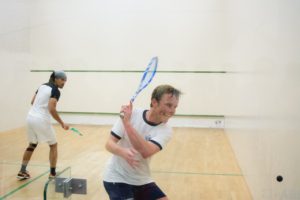 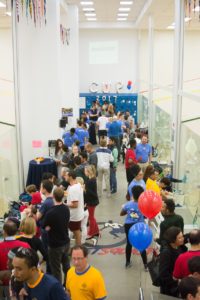 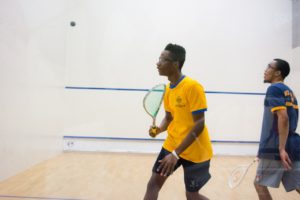 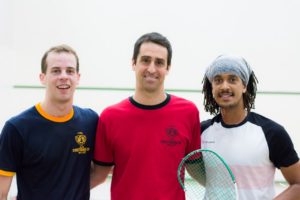 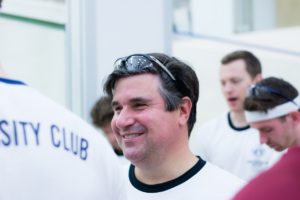 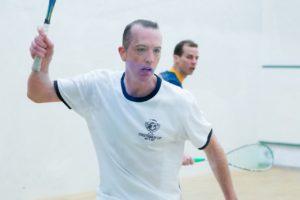 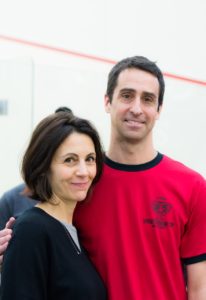 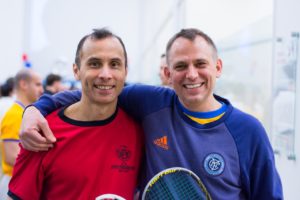 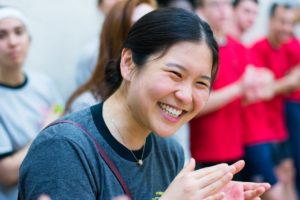 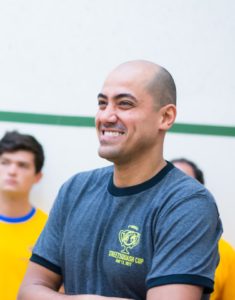 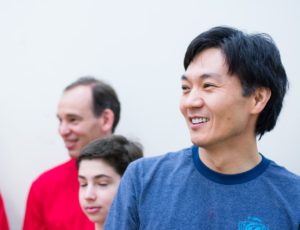 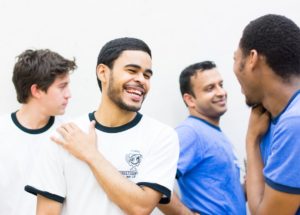