Girl Unbound: The War to be Her

This past Saturday I went with three students to the DOC NYC Film Festival at the Cinepolis in Chelsea. We saw the compelling documentary Girl Unbound: The War to be Her. The documentary tells the story of Maria Toorpakai Wazir, an internationally competitive squash player. Maria spent her young life defying expectations, primarily because her home country of Pakistan forbids women from playing sports.  In Girl Unbound, we followed Maria over several months as she represented Pakistan on the national team.

Following the film we had the great fortune of meeting Maria Toorpakay Wazir during a Q&A between Maria and the film’s director, Erin Heidenreich.

Overall it was an amazing film and all 3 students, especially Ouli, loved it. 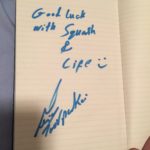 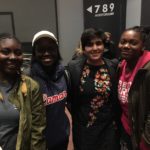 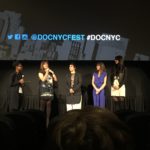