10 high school girls traveled to Chelsea Piers CT in Stamford to take on Darien High School as part of the Fairwest League season. Volunteer/mentor Katie joined us, making an effort to travel to see mentee Cindy play in a formal squash match outside of StreetSquash.

Spread onto three courts, the StreetSquash team proved to dominate over Darien. The girls won 5 of the 7 matches counted towards the final score (5-2), and took another 2 in the exhibition spots at 8 and 9 to leave with a final record of 7-3 for the day.

Other highlights included ping pong, playing three-quarter court on the hardball doubles court, and seeing former World #1 Natalie Grainger giving a lesson and hanging out at the courts. 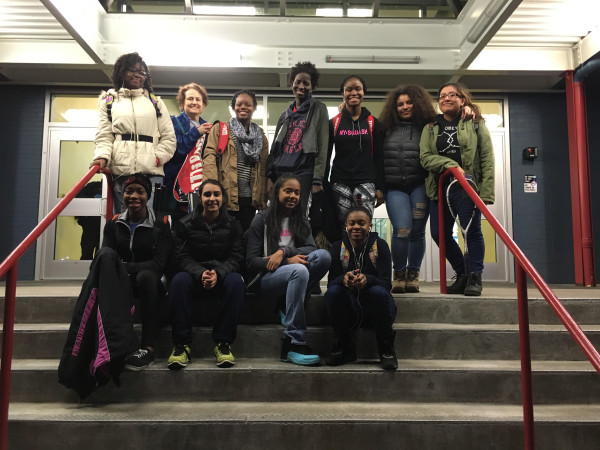 Yesterday, I had the pleasure of taking 7 of our high school girls to compete in the Fairwest Tournament in Harrison, NY. Though it was a small tournament (only 3 other teams in our draw), the competition was fierce. In the first round, we came up against a fellow urban squash program, Squash Haven. This match came down to the wire, with StreetSquash leading 3 matches to 2 and two matches left on court. Thankfully, Joetta and Leslie R. both kept calm and sealed the deal with 3-1 and 3-0 victories respectively.

After the well-earned victory, we had some lunch and a few naps, before getting back on court against Rye High School for the finals. We knew this match would be tough, as Rye had beaten their first-round opponent (Darien) 7-0. Nonetheless, our StreetSquashers put up a tremendous fight. We knew that our number 1 and 2 players would have a tough go of it, as Rye’s top 2 were both top-ranked players in the U.S. However, our strength is in our depth, and that proved true over the course of the matches. In the end, we fell 5 matches to 2, taking home 2nd place.

All the girls played with resilience and class, and it was noticed by opposing teams’ coaches and parents. I’d also like to give a particular shout-out to Samia, who pulled off a hard-fought 5 game victory, winning 14-12 in the fifth, against a tough Rye opponent.

All in all, it was a great day of squash, and an important precursor to High School Nationals in a couple of weeks. Congratulations to Joetta, Nakayla, Cheyenne, Leslie R., Emma, Samia, and Harriet for their hard work this weekend! 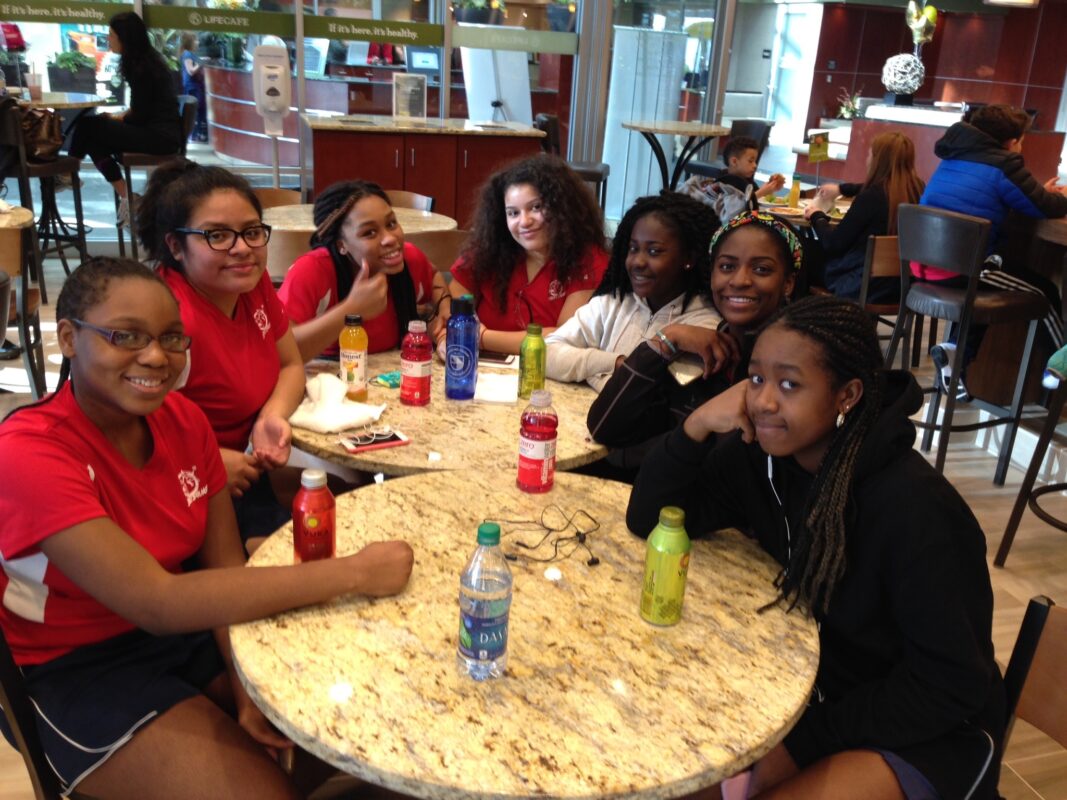