On Sunday, April 10th, over 150 junior players and supporters congregated at the SL Green StreetSquash Center for the 6th Annual StreetSquash Jr. Cup.

The tournament kicked off promptly at 9:00 am, though some ambitious students arrived as early as 8 o’clock to warm up before their big matches. We had teams represented from all over Connecticut, New Jersey and New York including: the Fairfield County Flash, the Princeton Juniors, the Union Club, Yale Club, Piping Rock, NYAC, The Buckley School, and the Nightingale-Bamford School. 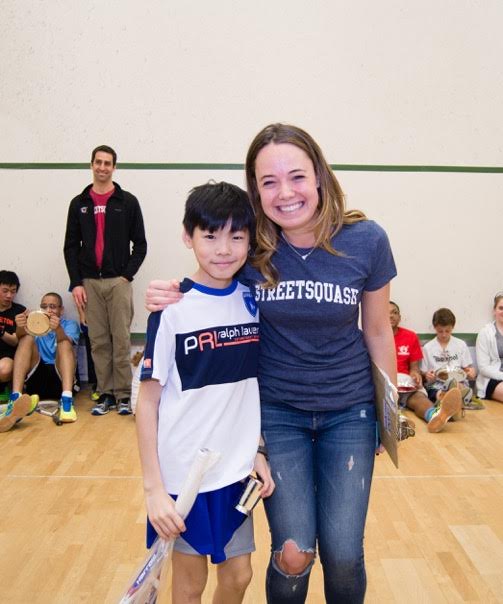 Marcus, age 10, was named the “Individual Fundraising Champion,” and received a StreetSquash Harrow Racquet for all of his efforts and hustle off the courts.

After checking in and grabbing a quite bite, all 8 participating teams gathered on court 3 for quick remarks and introductions before the tournament. Each match consisted of 1 game to 15 points, which allowed for plenty of squash for all of our junior players. The competition was fierce, and by the end of the morning we had two out-of-state teams enter the finals: the Princeton Juniors led by Stella Rho, and the Fairfield County Flash led by Jen Gabler. After taking home second place in the 2015 tournament, the Fairfield County Flash returned to the tournament with extra grit and determination in 2016, and ultimately took home top honors of the middle school tournament. The morning concluded with final remarks on court, where George explained the importance of the P.E for Public School Program, which the raised funds will help support. We presented tournament trophies to our finalist and champions, and honored our top fundraising champion, Marcus Lee of the Sultans of Swing, with a StreetSquash Harrow racquet for single-handedly raising over $1,000 with more than 15 individual donations.

The middle school students and our supportive onlookers quickly sprinted off the courts and up the stairs for a well-earned lunch catered by Big D’s Grub Truck. As we bid farewell to all of our middle school players, we simultaneously welcomed the high school students for the second half of the tournament! After quite a few servings of spicy chicken rice bowls from Big D’s, all of our high school students gathered on court 3 in order to begin the latter half of the tournament. The high school round was comprised of 8 teams from a variety of clubs and schools including: the Harvard Club, Fieldston, the Pingry School, and the Dalton School. This was a particularly exciting year for the Jr. Cup because for the first time in StreetSquash history, we had an all-StreetSquash Harlem team and all-StreetSquash Newark team represented in the tournament! As the students began to compete on court, it was clear that the Pingry School brought their A-game to the competition. While it was an easy ride to the finals for Pingry,  StreetSquash Harlem and the Harvard Club had to battle it our for the 2nd spot in the finals. After several close matches, the Harvard Club solidified their spot in the finals against the Pingry School – who ultimately proved to be unstoppable. As the tournament came to a close, Pingry School swept the competition both on and off the court. 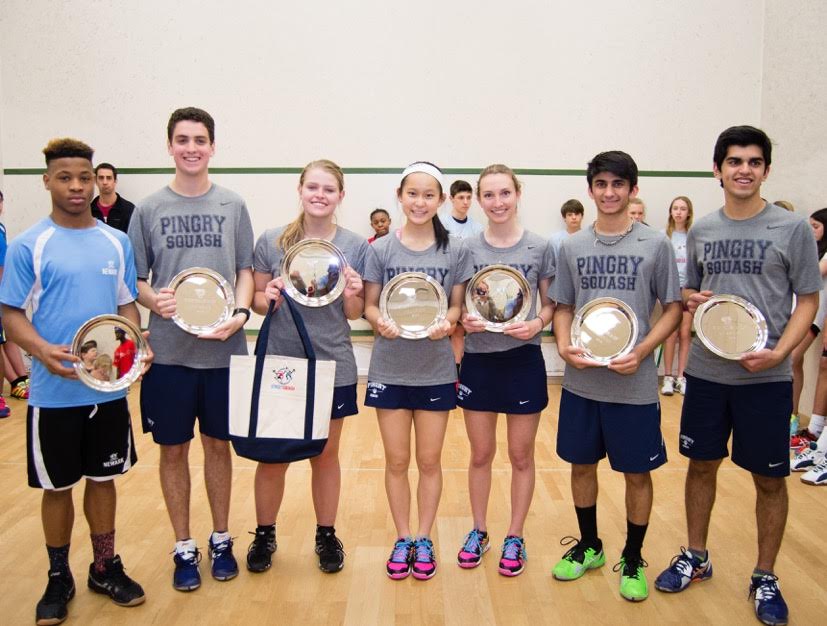 As everyone gathered back on court 3 for final remarks, Lindsay Stanley, captain of the Pingry School team, was awarded top fundraising champion for her unbelievable hustle and efforts off the courts. Having only joined the competition with 3 weeks until the tournament, Lindsay and her teammates raised over $8,000 – more than any other student-led team in the history of the Jr. Cup.

Overall it was a fantastic day for everyone involved and we are so grateful for all of our team captains and participants for their hard work and efforts leading up to the event. Looking forward to 2017! 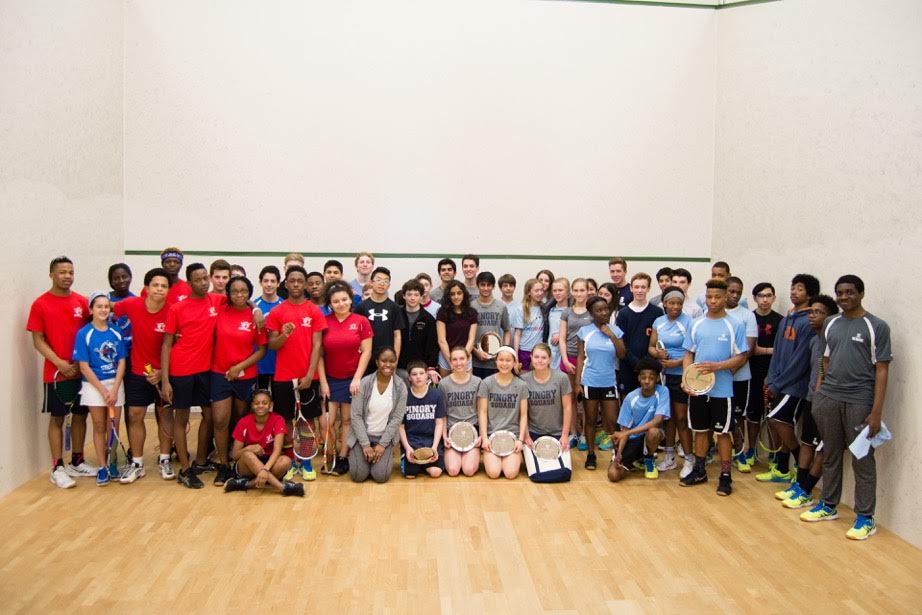 Thank you to all of our participating teams for an amazing day of squash, competition and fun!