Where Are They Now: Luke Robinson 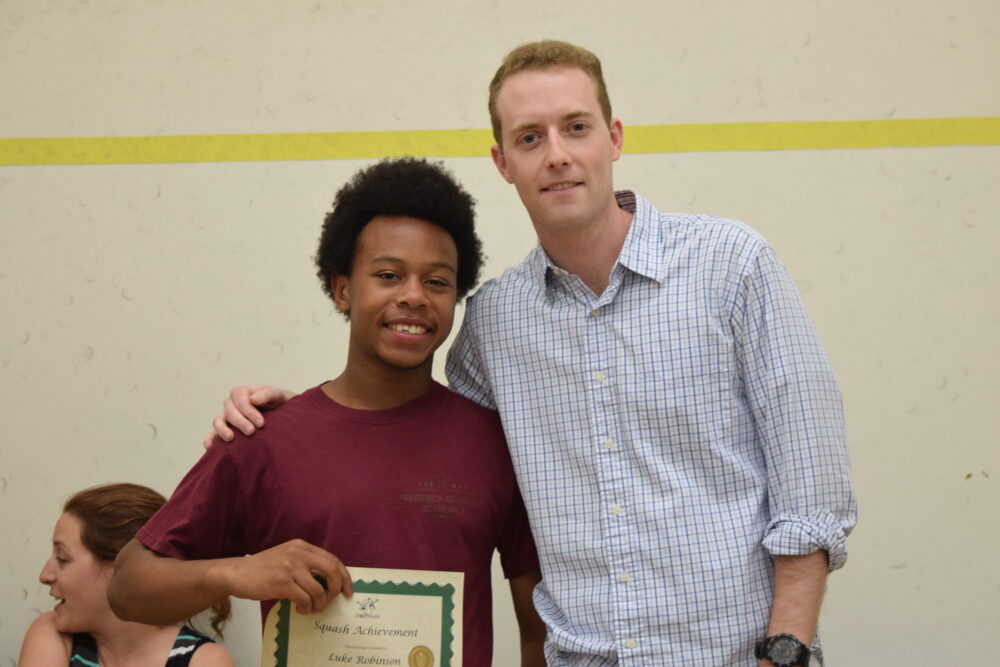 Luke Robinson during his time at StreetSquash

Luke Robinson, who spent seven years with StreetSquash can proudly state what he’s doing these days. The 2018 graduate is enrolled at the College of Staten Island studying sociology, and also works as an after-school counselor for third graders.

“I like my job working with students, getting to be a huge impact in their lives, just like the StreetSquash staff has been in mine,” Robinson said.

He credits StreetSquash for putting him on a path to success.

“I believe my time at StreetSquash has made me into the man that I am today without question,” Robinson said. “They pushed  me to become a better version of myself and I don’t know where I would be today without them.”

He first learned about StreetSquash during his time at Frederick Douglass Academy II. He said StreetSquash gave an orientation during a summer program. He was full of different emotions when he first arrived at StreetSquash’s dedicated facility in the heart of Harlem. He said it mostly consisted of nerves, competitiveness, and focus. Robinson says squash wasn’t like other sports he had seen on TV, and the closest he had come to playing anything like squash was tennis. He says he pushed himself to be the best squash player he could be.

But one memory that stands out most to him was when he was participating at SEA Individual Nationals.

“I remember it like it was yesterday,” Robinson recalled. “My former coach Edgardo Gonzalez was coaching me during one of my games and after that game, I asked him what I should do. He told me ‘play like Luke’ and when he said that I already knew what he meant. Before I got on the court he said nobody played like me and that my game is very unique.”

Robinson says he would tell students thinking about joining StreetSquash to do it in order to play squash and get out of their comfort zone. He’d also tell students about the ability to make connections, take trips outside of New York City, and spend time with others who are part of the program.

“I had a lot of fun memories on some of these trips that will last for a lifetime,” Robinson said. “StreetSquash is a family.”