With over 110 female StreetSquashers, families, friends, alums, and volunteers attending we had a great night. Starting at 6:00 with open squash, the girls played around to some tunes! At 6:30 we started the event with Sasha giving an little speech about the National Girls and Womens Sports day, with various girls in the audience stating facts and statistics on inequities and victories of girls/women’s athletics. Then Jenn started us off with a get-to-know you game spread over all the courts, then Katiria led high school/middle school squash activities, while some alums helped run beginners squash filled with families and little ‘uns. All throughout Clare kept the party alive with a lively soundtrack that encouraged dancing/dance offs and singing from pretty much everyone! ??????

We finished the night off with a variety of pizzas!

Highs: a great turn out, with AMAZING energy, so many families on the beginners court, Newark always bringing a group of girls (one who showed us a lesson on vogueing!), FANDANAS! , Brytney and Samia for taking care of logistics throughout and Ouli for cleaning the space at the end. 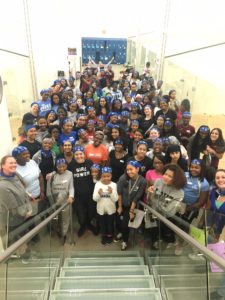 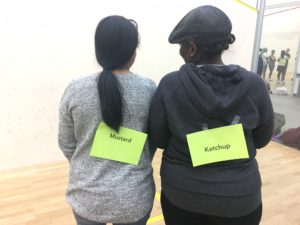 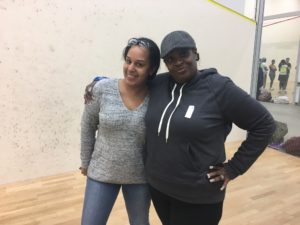 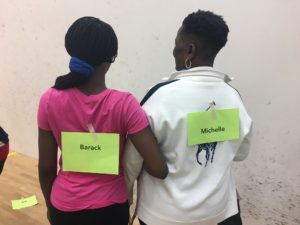 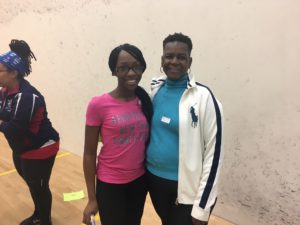 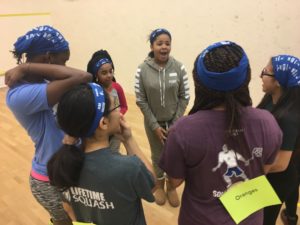 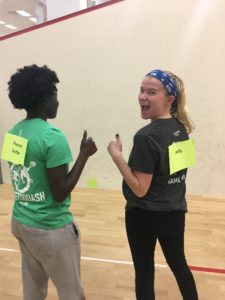 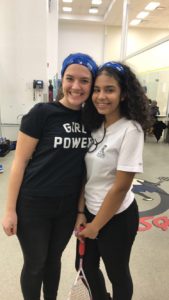