This weekend, I took five high-school students to play in the Rothenberg Tournament at the Eastern Athletic Club in Brooklyn. The group started out strong, winning all of their Friday matches!

Still flying high from our Day 1 results, Saturday proved to be similarly successful. We got off to an early start, given our 8:00am match times. Issey ’19 won his match 3-0, earning a bagel in the second game. Naheem ’20 pulled out a 3-2 win to secure his spot in the final; a satisfying outcome after a 5-game battle! Nasir ’17 started off a bit rattled in his semi-final match, but after some coaching and refocusing, he secured a 3-1 victory over an NYU player. Suejona ’19 sailed comfortably through her match, making minor adjustments throughout and earning her spot in the final. The match of the day came from Luke ’18, who was competing against a very unorthodox player. Although frustrated at times with both himself and some calls, Luke was able to stay focused and earn a 3-2 win, securing his spot in the finals – against Nasir.

On Sunday, Suejona was up against an EAC member. After losing her first game 14-12, she was able to come back and win 3-1 to take the title for her division. Next up was Issey, and although he started off strong, he wasn’t able to accomplish a win. That said, he was very proud of how he played and the effort that he put in. Issey came in second place in his division, and was very excited to win his first medal this season. To round off the weekend, Nasir and Luke met in the final. We had a surprise visit from Kush (former StreetSquash Squash Director), who showed up to support Luke. The match was a battle, with both students playing very well for five exciting games. Eventually, Nasir secured the win.

Overall it was a great weekend full of positive vibes and tons of support. All students showed up on time to their matches and wore their StreetSquash uniforms without me having to remind them to do so. I was very proud of them!

Special thanks to Sasha for helping out! 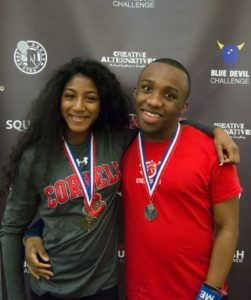 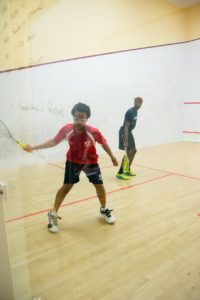 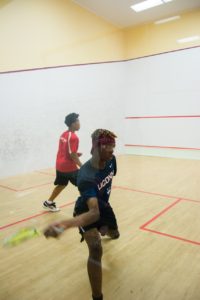 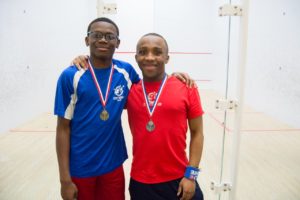 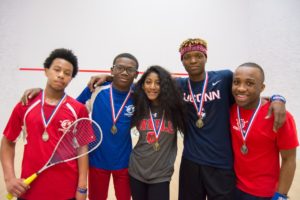 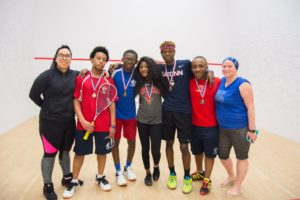 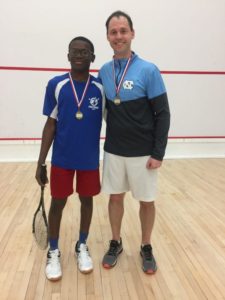 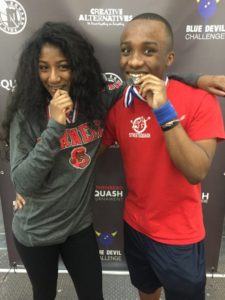 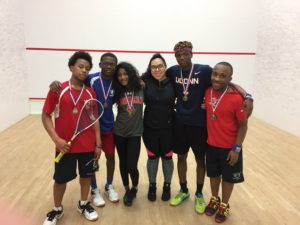 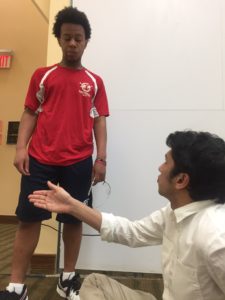 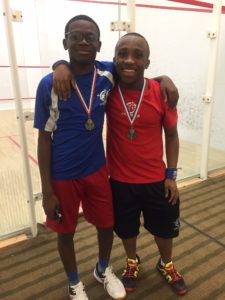