On Friday, March 17th, Senior Director of College Access & Success Cici, and Academic Director Clare, embarked on the third college prep trip of the year, with 12 StreetSquash students in tow. Despite some less than ideal weather conditions, and a great deal of traffic while heading out of Manhattan, the StreetSquash team made it to Utica just in time for curfew on Friday evening. Exhausted from the lengthy car ride, students and staff headed straight to sleep, in preparation for a busy weekend ahead.

Saturday’s events began at SUNY Polytechnic Institute, where admissions representative and Poly alum Jeff gave the StreetSquashers a great tour. Even though the campus was pretty deserted and cold, the group really liked the school and stayed focused and engaged throughout the tour and information session. StreetSquashers liked the newly built or recently remodeled buildings (including nice dorm suites!) and plethora of clubs, as well as the technology focus of the school.

Following SUNY Poly was a tour of Le Moyne College, a Jesuit liberal arts college in Syracuse. The tour began with an in depth information session presented in the chapel, which didn’t resonate with many of the students. The tour of the campus proceeded in thickly falling snow which Ryan ’19 called “not regular snow, not city snow” but admitted was pretty. The visit concluded with a dessert reception, and a few students took the initiative to go up to the admissions officer and ask some one-on-one questions. Special shout out to Ryan ’19 and Jade ’18 for their thoughtful questions!

Following the reception, the StreetSquash team headed back to the van, where many of the students got some shuteye on their way to Hobart and William Smith Colleges, home to multiple StreetSquash and urban squash alumni. Since it was spring break, Djeneba ’16 was one of the few students on campus, but she gave us an excellent tour of the school. Despite some buildings being closed and it being the third tour of the day, the students were very focused and interested in everything Djeneba was telling them. Djeneba’s makeshift tour of the campus included a visit to the HWS greenhouse, where she was conducting experiments on plants for her Biology class. The students also spent some quality time in the beautiful lounge of her dorm.  She told students one thing she wished she’d known before going to school was that diversity can mean diversity of mindset, and that you should go into school with an open mind, ready to learn from people who you might disagree with.
Following the tour, the group grabbed dinner at a Mexican restaurant, and were treated to a round of laser tag and games at a local arcade. It was a huge hit! DJ ’19 won 1000 tickets with one game of complete luck, which was exciting, while Ajayla ’18 destroyed Clare at basketball. Everyone cashed in their tickets for some goofy prizes and then headed to the hotel for some rest after a very long day of excitement and fun.
The majority of Sunday morning was spent driving to Binghamton, where the group met their enthusiastic tour guide, Margaret. SUNY Binghamton was another big hit among the students, who especially enjoyed the tour. Sabrina ’19 pointed out “if she’s so enthusiastic, it must mean she really likes the school, so I probably would like it too!” The model dorm rooms were impressive, and the dining hall was also popular among the group. StreetSquash alum Kenny ’15 met up with the group for lunch, and shared his experience transferring to Binghamton from Buffalo State. He gave a few pieces of advice, which included staying focused on what matters in college: the education you’re getting out of it, not the classmates who might be detracting from your experience with their ignorance.

Overall, great trip! A big thank you to Cici and Clare for organizing! 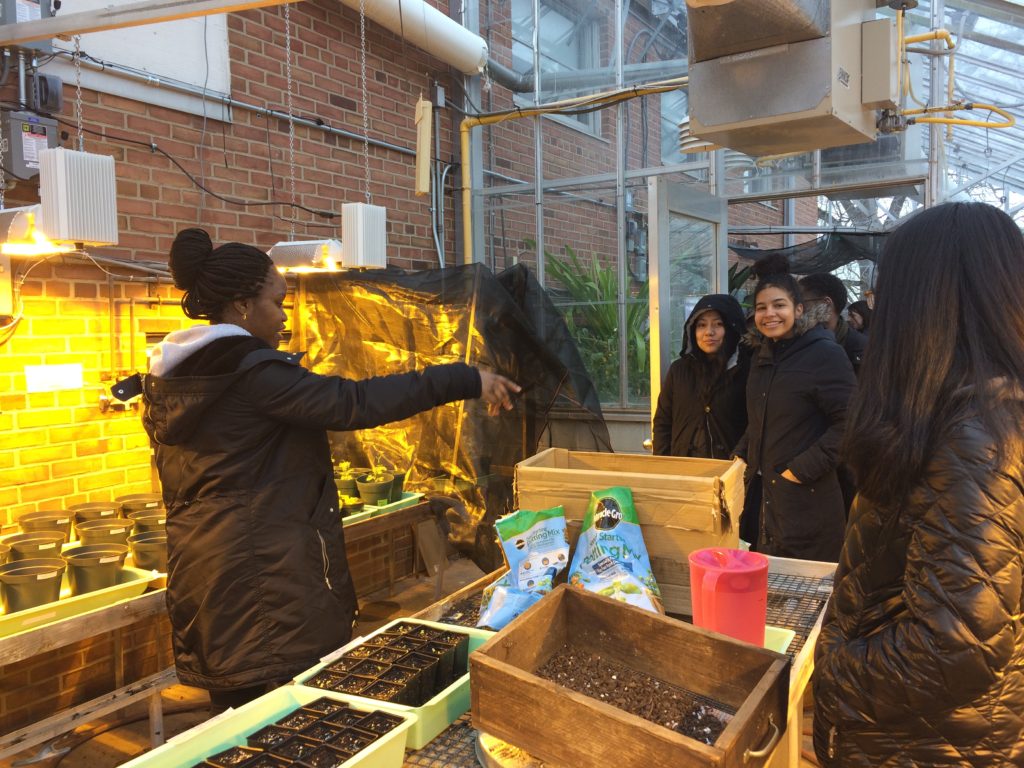 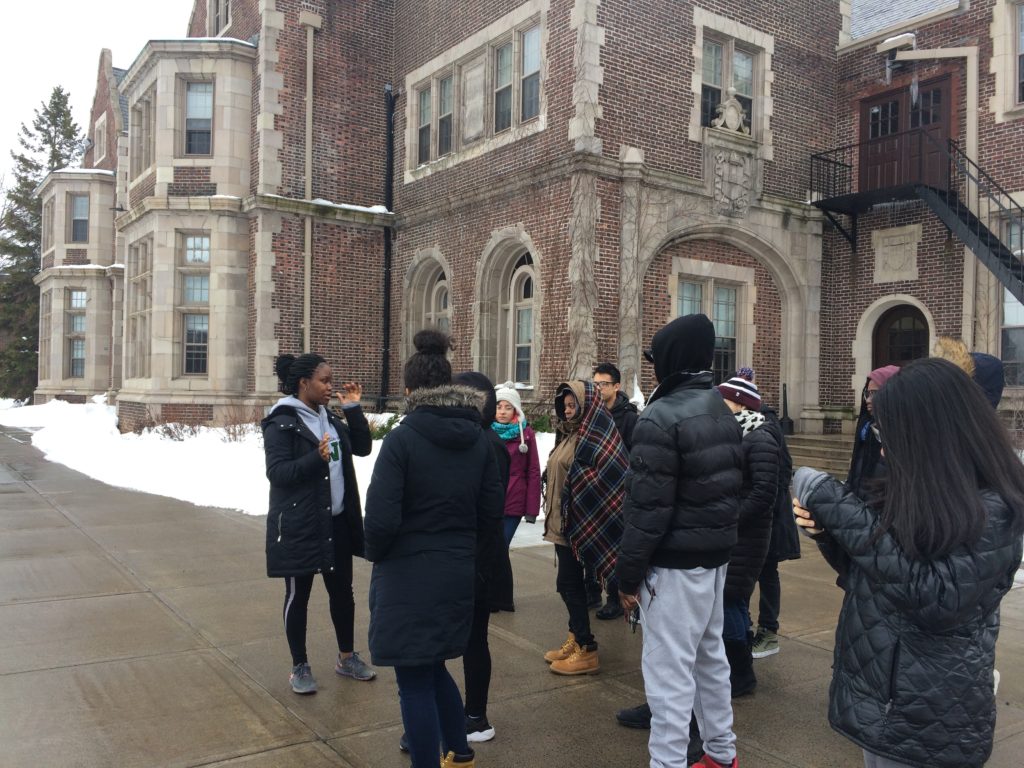 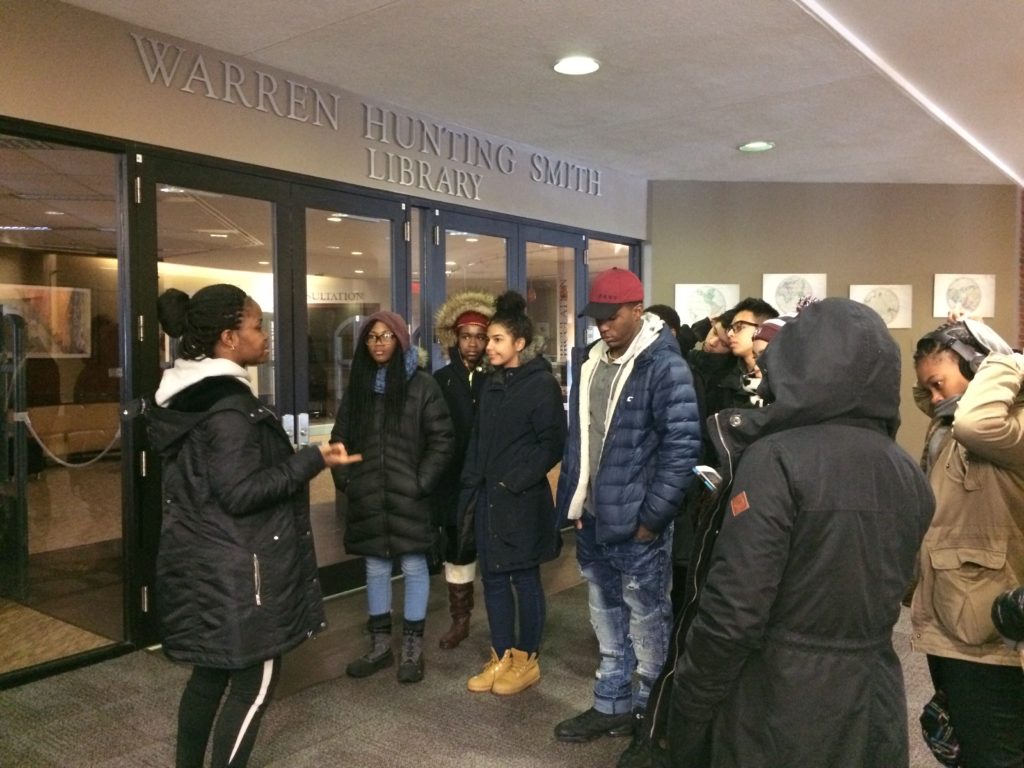 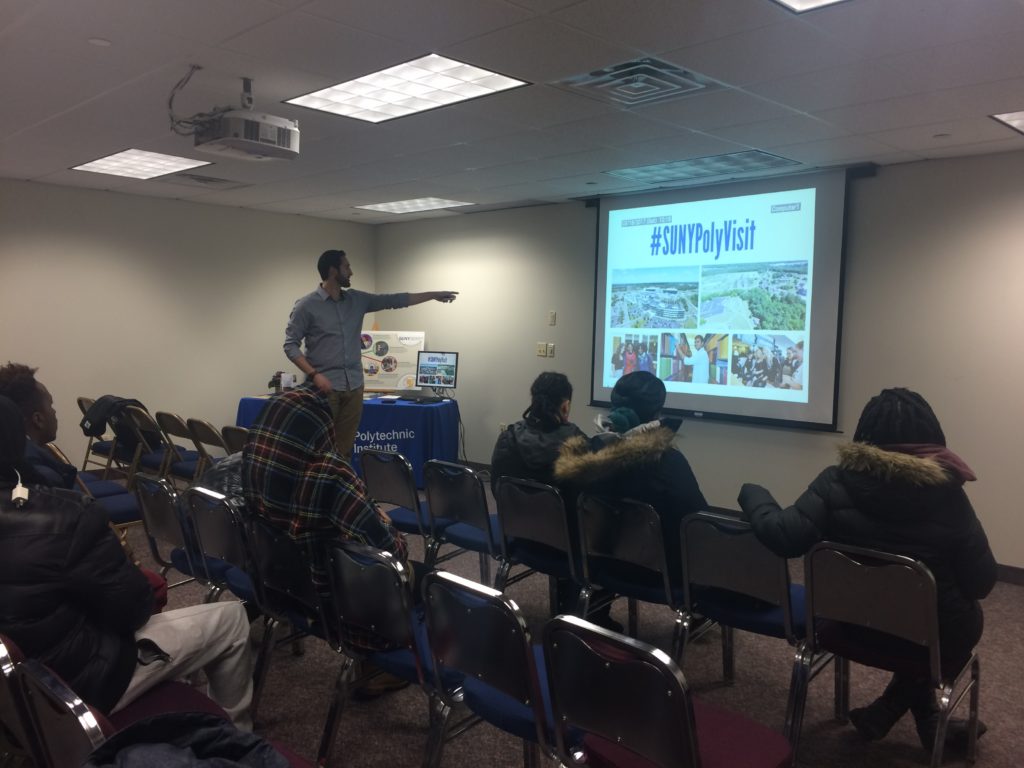 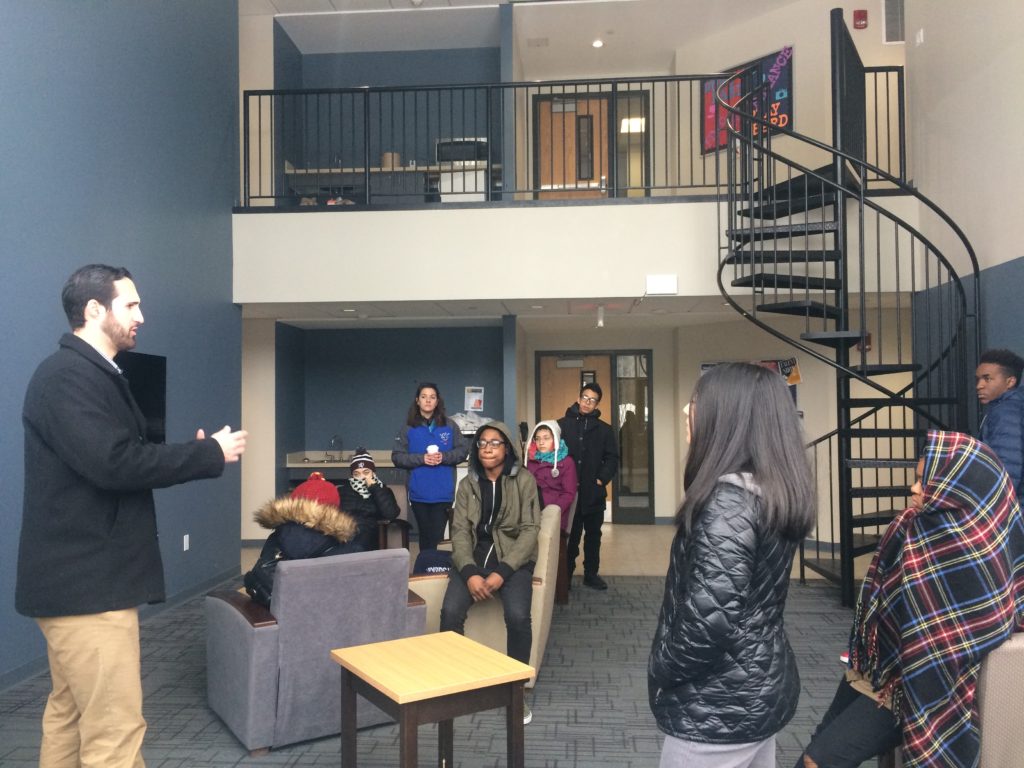 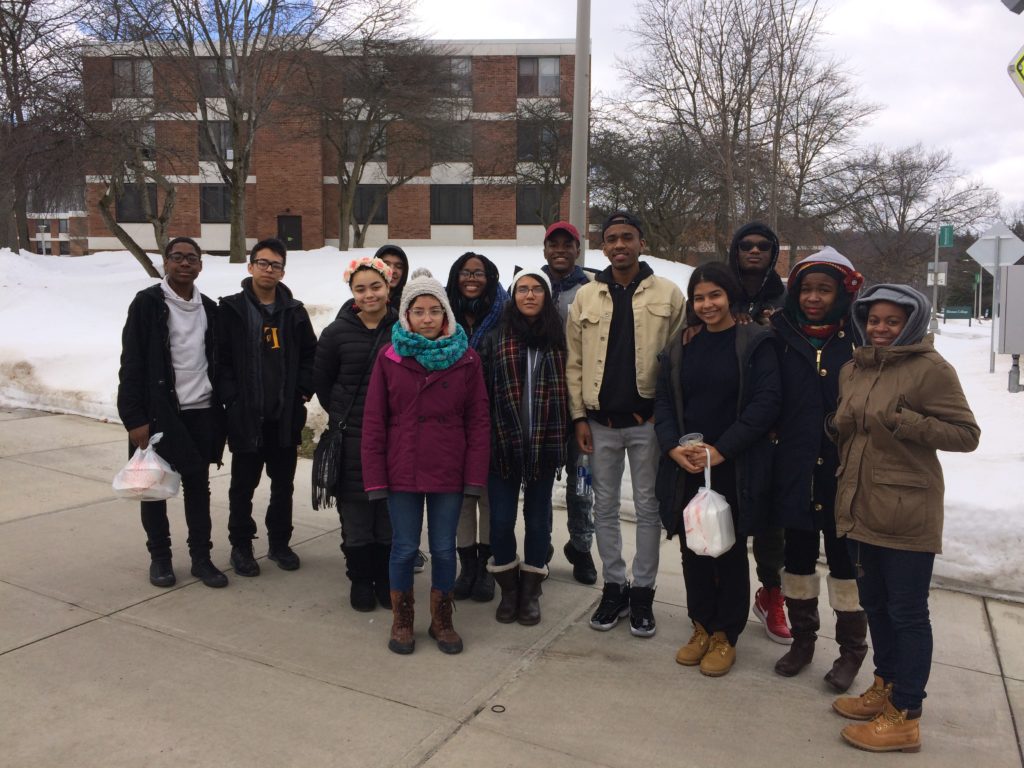