StreetSquash’s Diversity Initiative, led by a handful of StreetSquash staff members, hosted a two week long film festival throughout February. In an effort to both honor black history and celebrate black future we showed a variety of genres. The line up included:  episodes of Black-ish, The Wire, the Roots, The Evolution of Hip Hop, and screenings of the films Two Thumbs Up and The Wiz! We had a showing of about 10-12 students a night and about 25 for The Wiz. Students reactions depended on what was showing but they appreciated the variety. Many thanks to Monique for the consistent popcorn supply!

Over February vacation, StreetSquash took 18 students and 2 caregivers to the National Museum of African American History and Culture. We departed from StreetSquash bright and early on a Tuesday morning, and arrived in D.C. by early afternoon.  After a pitstop to fuel our cars and bodies, we arrived at Union Station energized and excited to begin our excursion throughout the nation’s capital. We enjoyed the most beautiful D.C. sunshine on our 30 minute walk to the museum. Upon arrival, Senior Academic Director Tai gave the students a brief explanation on how best to tour the museum, and we let them explore the galleries at their own pace. We spent the majority of our afternoon in the history gallery, which covered the slave trade through the civil rights movement, all while contemplating the role that young leaders played in furthering social progress. Following the history gallery, we briefly visited galleries on black culture and communities, which included exhibits on black music, film, art, sports, and more.

Some of the students noted highlights were:

After the museum closed, we caught up with StreetSquash alumni Emma ’16 and Khala ’16, which was a welcomed surprise. After a brief catch up and a group photo, we started our walk back to the vans. 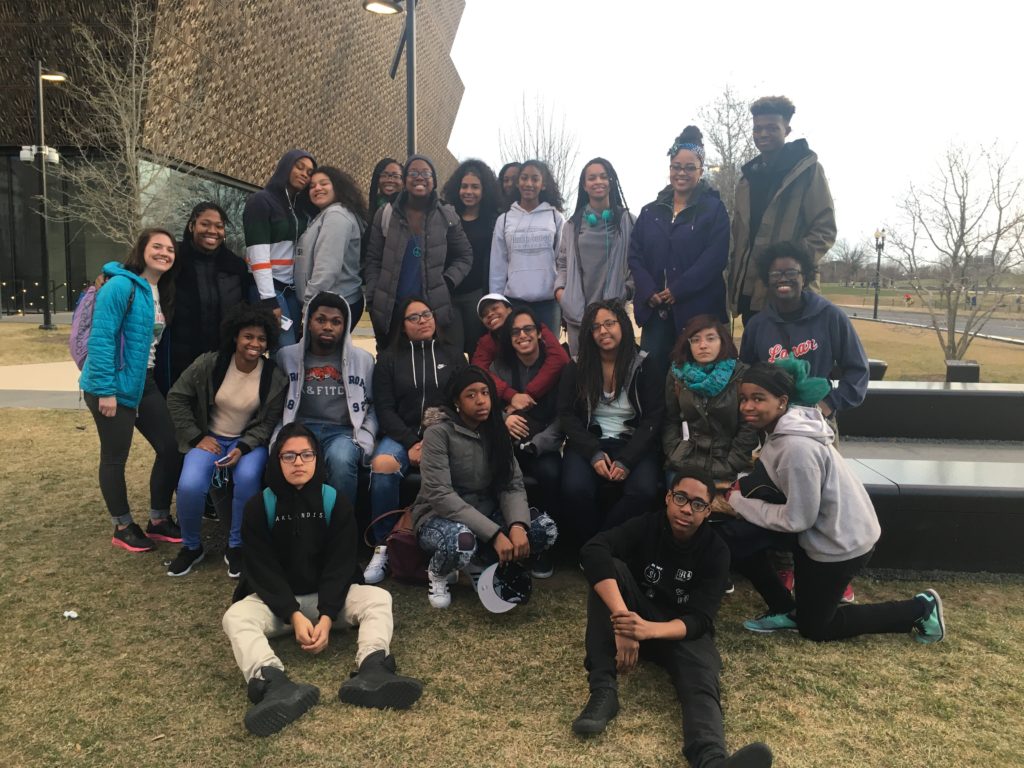