Zeinab joined StreetSquash in seventh grade. Similar to her peers, Zeinab had never heard of squash before enrolling in the program. Despite her lack of familiarity with the sport, it only took a few practices on court to realize this was a game that would soon change her life.

“I play soccer and I box, but squash is by far my favorite sport,” Zeinab said. “I try to play every single day, or at least as much as I can.”

In June 2015, after nearly two years in the program, Zeinab clinched the GU15 B division at Urban Individual Nationals. It was a monumental achievement for Zeinab, especially since she had to face one of her own teammates in the semi-finals, in order to advance to the finals. Following her victory in the GU15 B draw, Zeinab knew she wanted to compete at a higher level.

The following year, Zeinab returned to Urban Individual Nationals. This time, Zeinab was competing in the GU15 A draw, where the caliber of skill was far stronger than the year prior. Once again, Zeinab’s skills, strength and determination were tested over the course of the weekend. After her fifth and final match, Zeinab secured the victory, securing her place as one of the strongest players in her age division. 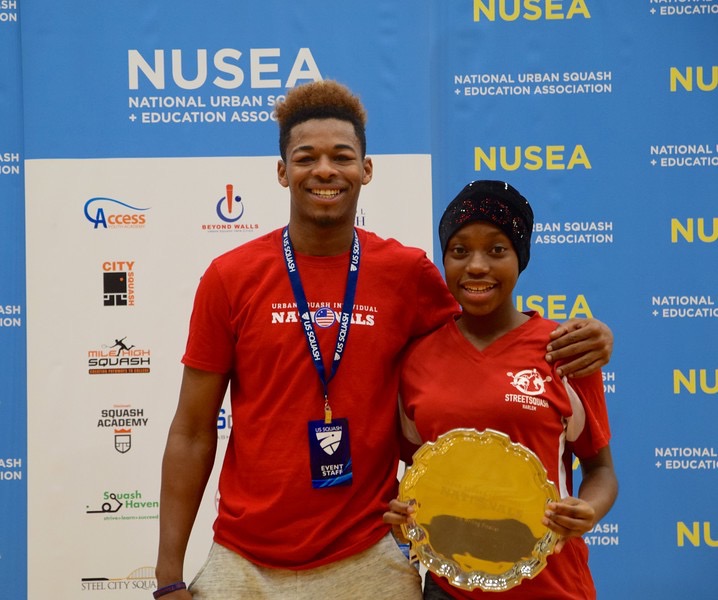 “Winning Individuals was probably one of my most proud moments. That was my first-ever major tournament win,” Zeinab explained.

Her victory at Urban Individual Nationals paved the way for Zeinab to soon take her game to the next level. In Fall 2016, Zeinab was nominated for the NUSEA High Performance Team (HPT). This new initiative was launched in 2016, with the goal of having NUSEA’s most talented and dedicated players reach their full potential in squash.

“I was nominated for the team by Will and Edgardo after winning at Urban Individuals. Once I was nominated, I went to tryouts in Philadelphia with kids from all different programs, which was so much fun. We played and competed the entire weekend, and afterwards, I found out I made the team.”

Zeinab was one of 18 students from across the country who made the highly selective team. Since joining, Zeinab has competed in seven US Squash tournaments around the region, which have been a new and rewarding experience for the rising competitor.

“The first tournament I went to was the US Squash Open in Philadelphia. It was crazy!” Zeinab exclaimed. “The level of play was extremely challenging, and the players were so different from everyone at StreetSquash.”

When asked to explain the differences, Zeinab elaborated, “Initially, I was out of my element. The players all had very different style of play that I wasn’t used to. Everyone at StreetSquash just wants to hit the ball as hard as possible; they want to get winners. The players I compete with in the tournaments care more about their performance than just hitting winners. They strategize, they focus, and they don’t let one point or one game discourage them or prevent them from winning the whole match.”

Zeinab is confident that although her technique and skill have improved tremendously over the year, it is her mental game that has made the greatest transformation. “I have learned so much from [my peers] at the tournaments. I realized that getting angry on court hurts your game, and it also doesn’t look good. It sounds so easy, but having a strong mental game is so important.” 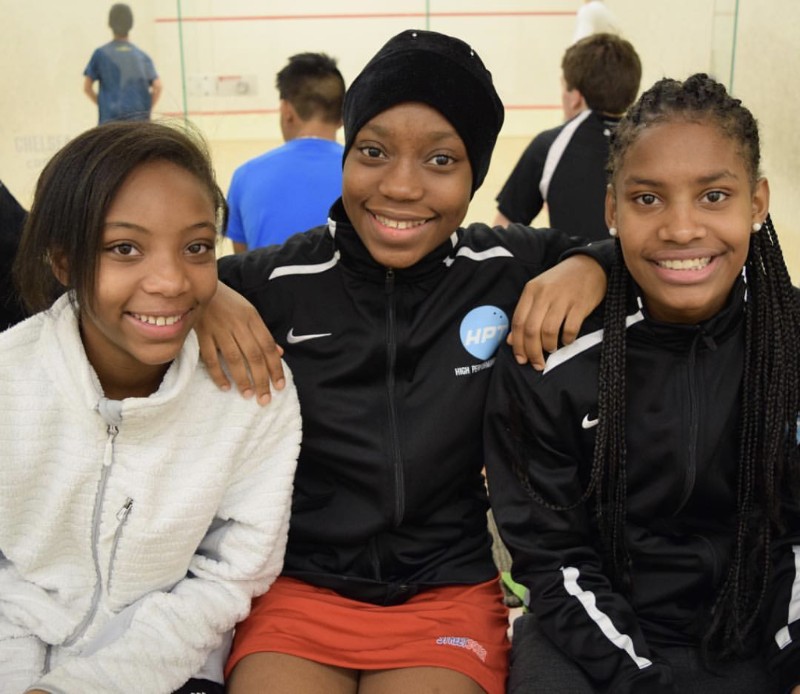 Most recently, Zeinab competed in the US Squash Silver Nationals, where she placed in the top 20 finalists from across the country. “Nationals was challenging,” she revealed. “That’s another thing I’ve learned: no two tournaments are the same.” Despite the fierce competition, Zeinab managed to stay focused and determined. Zeinab had a strong support system, with StreetSquash alumna Emma Montero and StreetSquash Board Member Jen Gabler both coaching and cheering her on throughout the weekend.

One of the many perks of the High Performance Team includes working with a variety of high profile squash players. Over the year, Zeinab worked with Joanne Schickerling, the assistant coach for the Columbia University squash team. They meet at least once a week for private lessons. “We do drills and fitness. She’s also taught me how to practice alone, which I try to do every day.”

In February, Zeinab participated in the Westchester Silver Tournament in West Harrison, NY. Amanda Sobhy, America’s squash sweetheart and World #7 coached Zeinab, along with a few other members of the HPT, throughout the tournament. “She coached me through every single one of my matches, up until the final,” Zeinab shared gleefully. “She told me to always be on the offensive and I need to attack from the T more.” That same weekend, Zeinab won her first Silver tournament, and gladly gave some credit to her coach and idol, Amanda.

Overall, Zeinab’s participation on the HPT has been nothing short of fantastic. “My favorite part is meeting new people. At the US Open in the fall I made friends with a brother and sister from Egypt, and we still keep in touch! It has been so cool meeting people from other programs, and competitors from all over the country and world.” 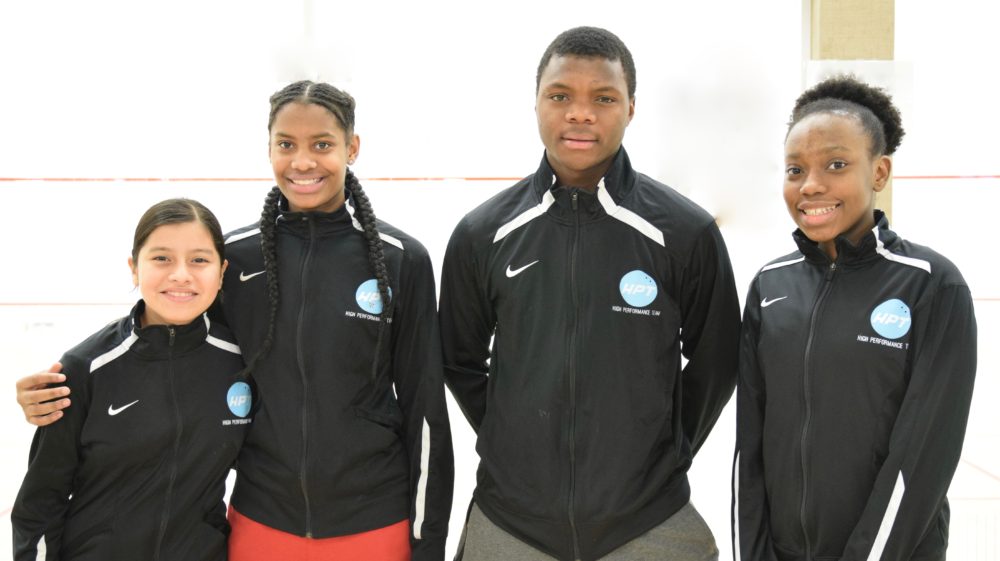 Zeinab at the Westchester Silver in Harrison, where she won her first Silver tournament.

In the months and years to come, Zeinab has her eyes on gold. “I want to participate in more Gold tournaments, because I like competing up,” Zeinab explained. In other words, Zeinab feels she performs best when competing against players above her own level. Zeinab hopes to continue to compete throughout college, and ultimately become a professional squash player. “I really want to play on the Trinity squash team, and then go pro, just like Reyna,” she said. Reyna Pacheco is an urban squash alumna from Access Youth Academy in San Diego. Reyna received a full scholarship to play squash at Columbia University, and ultimately joined the pro circuit upon her graduation in 2016. “I want to be the second urban squasher to go pro,” she stated confidently. With the help of NUSEA’s High Performance Team, combined with Zeinab’s grit and determination, it is quite possible that she will make this dream become a reality.