Yesterday Clare and I took ten StreetSquash students on a trip to Philadelphia for Get Out the Vote canvassing with POWER, an interfaith, non-partisan organization.
The day kicked off bright and early with a trip to CC rental and luckily no marathon-related traffic. 10 of our 11 kids showed up nearly on time to StreetSquash and we made our way to the city of brotherly love.
Despite a minor mishap with our lunch plans, we arrived at Grace Fellowship Church in West Philadelphia just in time for an hour of GOTV training and a brief interfaith group prayer. We had some non-observing skeptics who were hesitant to enter the church, but with some light convincing and positive attitudes we all made it inside for our training!
The kids were split up into pairs and groups of 3, and each student was given a nifty iPad to take with them canvassing. The iPads contained the respective “turfs” where we would be canvassing, including a list of about 75 addresses of registered voters and the voter’s name, age, and party affiliation. (So neat!) After being equipped with our iPads and scripts, we all set on our way to encourage the citizens of Philadelphia to vote this Tuesday! Upon reflection we realized some groups definitely had better luck than others…
Leslie G, Luke and I managed to hit over 50 homes and had 12 enthusiastic residents tell us they plan to vote this Tuesday. Jonathan and Ouli found similar positivity, though the POWER volunteer who canvassed with them repeatedly had to remind them they were not supposed to cheer when the residents mentioned they were voting for Hillary (I believe we were all guilty of said cheering…) Unfortunately Clare’s group with Jahresse, Ismaila and Genesis S didn’t find such enthusiasm, and were rather told “y’all gotta leave” on several different occasions. Finally Kobe, Ben and Leslie A, who also canvased with a POWER volunteer, had mixed luck as well, though the volunteer told us the kids had her laughing throughout the entire afternoon. Great!
After two full hours of canvassing throughout West Philly, we came back to the church to return our iPads and participate in a reflection of the day. The night fell quickly and we all piled back into the van at 6pm after a hard day’s work.
We couldn’t leave the city without rewarding the kids with some cheesesteaks from Pat’s (and NOT from Geno’s across the street because Clare was recently informed they are a racist establishment.)
The drive back was quick and entertaining, with DJ Clare crushing the playlist, and also spending some time discussing the highlights of the day:

Finally, in an effort to avoid 50 minutes of traffic on the GW bridge, we opted for the Lincoln Tunnel and ended up passing the Javits Center, (where Hillary will be spending Tuesday night under a glass ceiling ??) and the entire day had come full circle.

Thank you to Clare for being our official hype-(wo)man and also managing to get the kids on board for the trip, and to George and StreetSquash for supporting such an awesome day!!!

-Julie, Director of Communications and Events 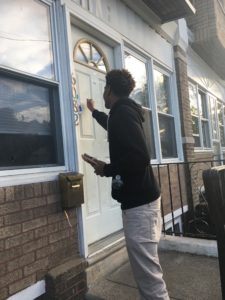 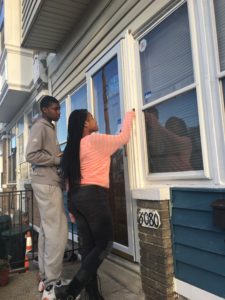 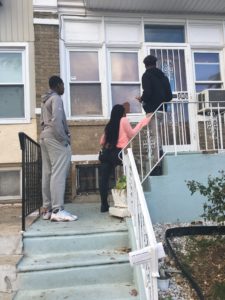 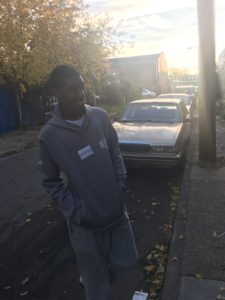 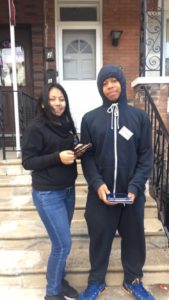 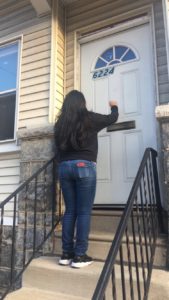 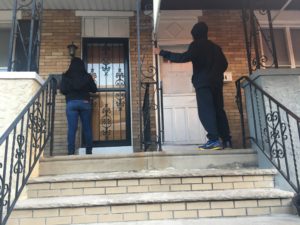 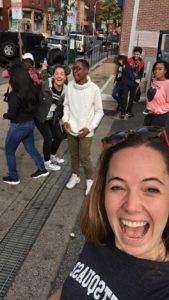