This weekend Kat and I had the pleasure of sharing the magic of the largest women’s squash tournament in the country, Howe Cup, with 11 high school students and 4 alumni. Due to the new rule where only a certain amount of juniors were allowed per team, we had to ship off Leslie and Aye to other teams where they actually dominated. Aye won all her matches and Leslie’s Canadian D team won 2nd place! Joetta and Katiria were also traitors playing for Philly teams and Joetta made an amazing come back (after having not played for months yet still showing command and calm on court). New York teams also did great with our A team taking home the actual “Howe Cup.” With a 5am start on Friday many of the girls were exhausted all day but showed tons of enthusiasm and excitement to be there, especially the new comers. Many who were repeat players were happy to see old teammates and opponents from past years and all of them were excited to get awesome “NY squash uniforms.” After an exciting first day of squash we split into 2 awesome home stays with some lucky enough to hang with Katie and her pup Blu and others with board member Jen who has a squash court in her house! After some late night squash and puppy petting, it was off to bed for another 6am wake up. With another round of early matches, some highlights were seeing Nia ’17 win amazing 5 game match and Leslie ’19 also coming out after a tough 5 gamer to send her team to the finals! So much good squash and lots of great team support led up to the famous Saturday night dance party where the NUSEA girls all got to dress up and mingle with the women – safe to say that Harriet and Nakayla didn’t shy away from being in the middle of several dance circles! Sunday rounded out with more squash matches, tons of positive feedback from women at the tournament, and some tired and squashed-out players. Always such a great experience for all involved!

Highlights: Nia ’18 having wonderful composure on court during all her matches, many of which went to 5 games; our alumni support, especially Tosin and Joetta, paving the way for Sportwomanship and class, Nia  ’17 having the best attitude on court, and everyone bonding with other NUSEA girls (and staff with other NUSEA staff).

Biggest thanks to Katie for hosting and Katiria for being squash expert #1! 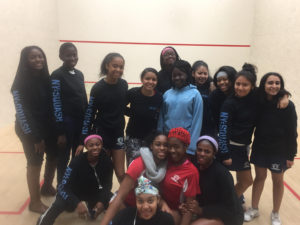 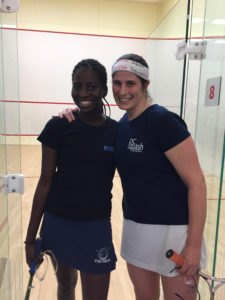 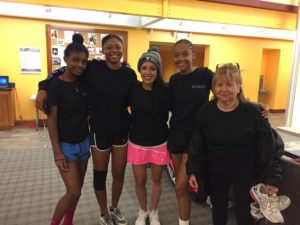 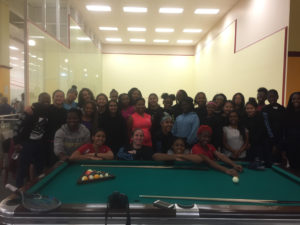 NUSEA teams from across the country 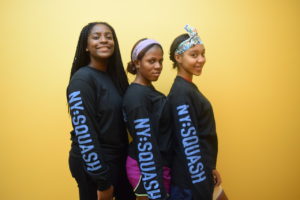 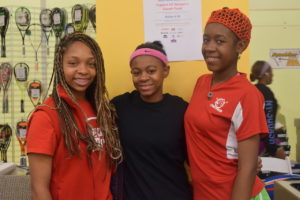 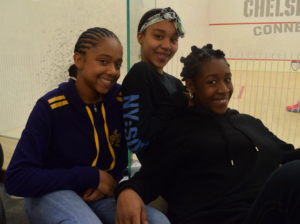 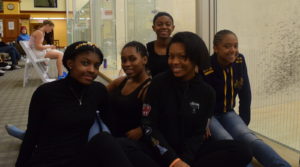