On Saturday, we hosted a group of Newark StreetSquashers for what would become a very close match. An annual event, the StreetSquash Showdown is a highly-anticipated day full of squash, camaraderie, and fun. In total, we fielded 26 students (8 middle-schoolers and 18 high-schoolers). With the help of Ana, Josh, and Chloe from Newark, we started the competition with relative ease. There were a number of very close matches, all played with a high level of effort and in good spirit. Everyone exhibited excellent sportsmanship, and each student made sure to referee the match following their own.

Ultimately, the outcome of the day came down to the final two players left competing. With only Tindakay ’19 and her opponent left on court, the score was such that if she lost, Harlem would lose, and if she won, then we’d win; there was no way it could end in a tie. In the end, Tindakay’s laser-focus and determination allowed her to secure a 3-0 win to give StreetSquash Harlem the victory!

Thank you to Jack, Ana, Josh, and Chloe for ensuring that the match ran smoothly. 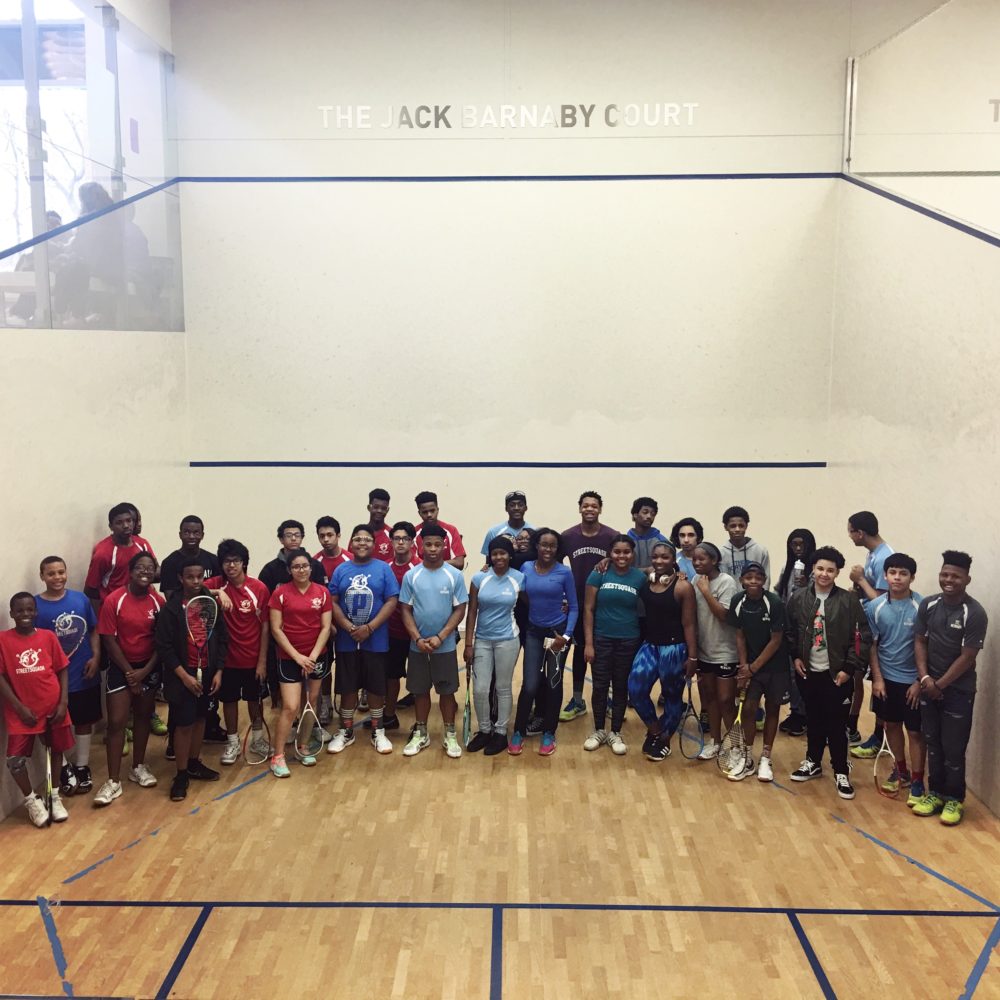