StreetSquashers Have Success At PPS Silver and Hyder Trophy Tournaments

A handful of StreetSquash students finished out April and began May with success on the court at a pair of tournaments. One was the PPS Silver Tournament at Chelsea Piers in Stamford Connecticut. The other, the Hyder Trophy Tournament in various locations in midtown New York City.

There were 11 students who participated at the PPS Silver Junior Tournament in Connecticut, one of whom came back to Harlem a champion.

Matthew Aldana won the Boys Under 19 Division, his second tournament win in the last six months. His recent success has propelled him to the 99th overall junior squash player in the country, a significant improvement from his place at the start of the season at 169.

Aldana won his first match easily in three games, not allowing his opponent to score more than 6 points in any game. He then took on fellow StreetSquasher Kelvin and won that in three games as well despite a very tough, close and competitive game two. Aldana’s final match lasted more than an hour, going five games.

Meanwhile, Matthew Dayle made the finals in the Boys Under 17 division. Despite getting swept, he played three very close games to come away with the second place finish.

The Girls Under 19 division had 7 competitors, all from SEA member programs. Each player was either from StreetSquash or SquashSmarts in Philadelphia. Habi Sarr made the finals but fell in four games completing a second place finish. Meanwhile, StreetSquashers Ixayana Gama and Roche Brundidge battled for 3rd place, with Gama coming away victorious in three games.

Chief Squash Officer and Coach Simba Muhwati says every student participating at the PPS Silver reached their personal highest finishes in a tournament so far this season.

Equinox on 61st Street along with Open Squash and the Yale Club played host to the Hyder Trophy Tournament, a mixed tournament that has adults and juniors competing against one another based on their ratings. Seven StreetSquashers participated with Sienna Maloney winning the Women’s 2.5 title. Maloney hardly had to break a sweat winning all nine games she played and sweeping all her opponents en route to first place.

Elsewhere, in the Men’s 4.0, Alassane Diakite also propelled himself to first place. The draw had 25 entrants which means Diakite had to win five matches to secure the championship. Diakite earned his division win battling through a five game match in the finals.

Julian Cardenas made his way to the finals in the Men’s 3.0 but unfortunately fell in the final round securing second place.

Four StreetSquash alumni also participated in the Hyder Trophy Tournament. “It’s amazing for the StreetSquash players to see,” coach Katiria Sanchez said. “It shows them that they can play this sport for the rest of their lives if they choose to.”

StreetSquash students will have the opportunity to participate in an additional four squash events in the month of May before heading off to Philadelphia for the SEA Individual Nationals in early June. 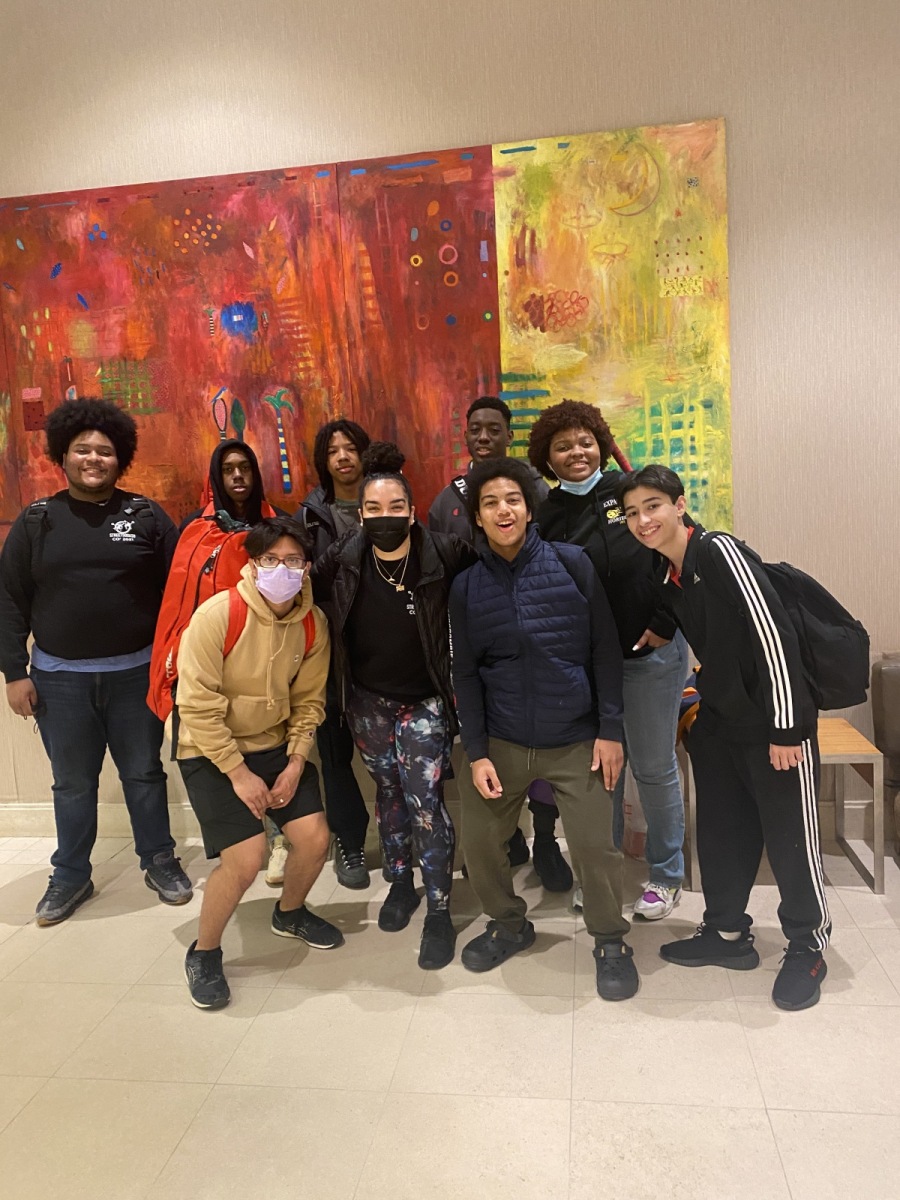