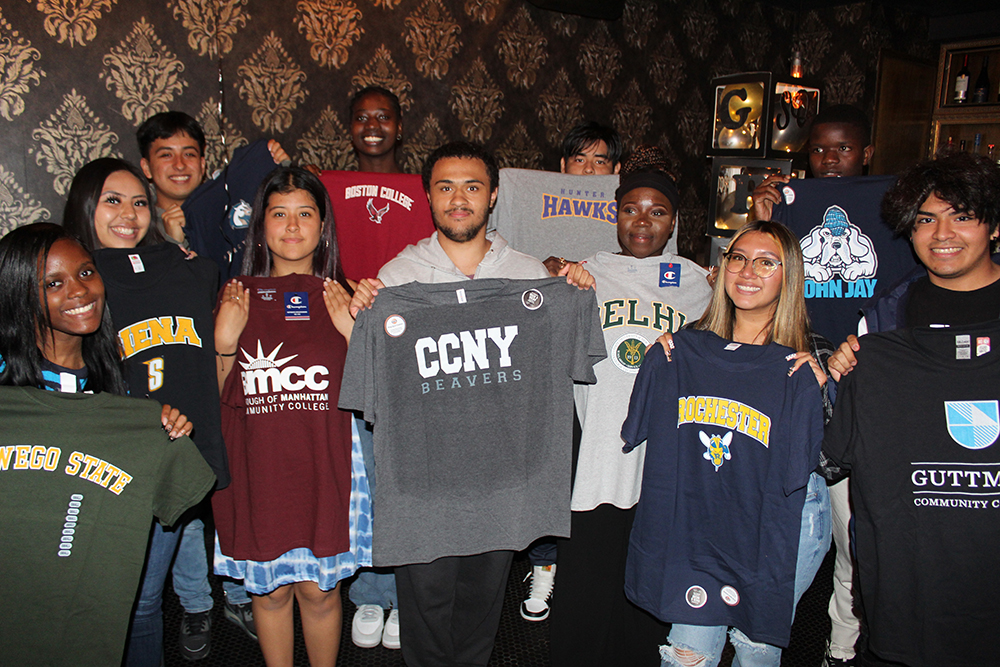 StreetSquash Class of 2022 at Row House in Harlem

StreetSquash students worked hard during the 2021-2022 school year and we wanted to make sure their hard work was recognized and rewarded.

For our seniors, they’ll no longer be part of our everyday programming but we’ll continue to support their journeys as they move on to bigger and greater things.

Eleven soon-to-be high school graduates began their celebration with a trip to Dorney Park in Pennsylvania on June 11. The adventure included students enjoying rides both in the dry and water park and they also played a variety of games in the park.

Olivia Nieves, StreetSquash’s College Access and Transition Coordinator was one of the adults chaperoning the trip. She says the students had a lot of fun, and as often as StreetSquash pushes students to reach their limit, Nieves says on this trip students pushed her to her limit too.

Though students succeeded in getting scared staff members on rides, they were less successful in other endeavors.

“Khadim kept asking us to let him play games and if he won, he’d let us keep the stuffed animals,” Nieves said laughing. “But he played horribly.”

Between all that, students also scarfed down ice cream and funnel cakes.

StreetSquash Class of 2022 at Dorney Park 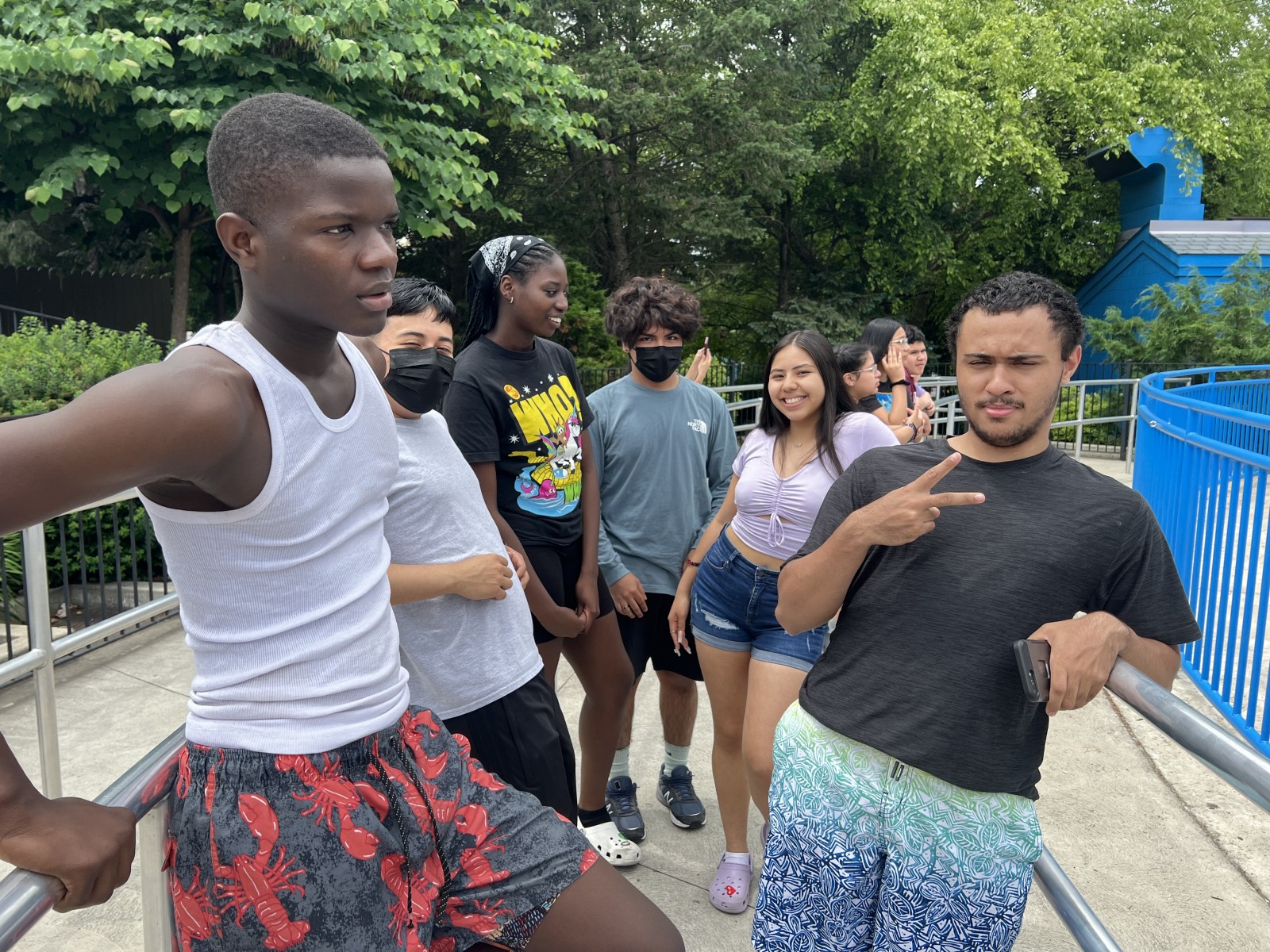 Later in the month, those same students enjoyed a dinner and an awards ceremony at the Row House restaurant in Harlem. Seniors and their families were presented honors from various StreetSquash staff members.

“For some of the students the process was easy, and others struggled to get to that point,” Nieves said of students reaching the end of the school year. “It just gave them a space to really celebrate their accomplishments.”

Nieves said one student’s mother cried right when she walked into the event.

“Just seeing the impact that StreetSquash has made in their lives, I think the students felt really honored and that was my goal,” Nieves said.

“It was very rewarding to see all the happiness, everyone getting together, being in a space that’s more fancy, eating together,” Nieves added. “I was happy to hear the great things they had to say about the event afterwards.”

Here are the list of awards and the winning seniors of each award:

2022 Seniors with their College Shirts 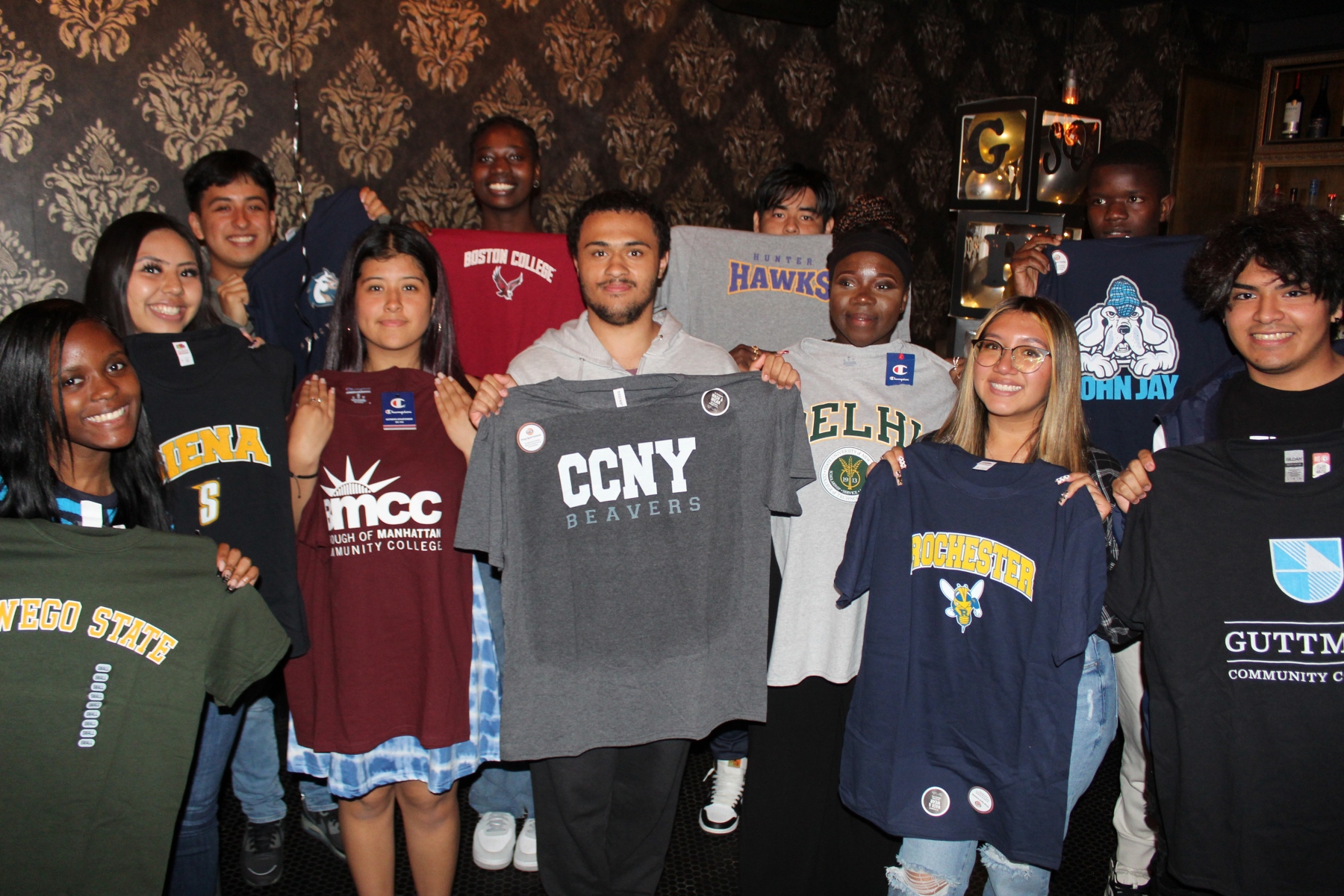 Then there was the “College Decision Day” celebration that was put on by HEAF, the Harlem Educational Activities Fund. The organization brought together various youth development programs to celebrate their past achievements and look forward to their future accomplishments.

“It was such a beautiful speech,” Nieves said. “Some of the messages may have went over the student’s heads, but when they experience it, they’re going to be able to think back to it.”

Nieves said it was cool to have an event where students could be recognized by other like-minded organizations as well. 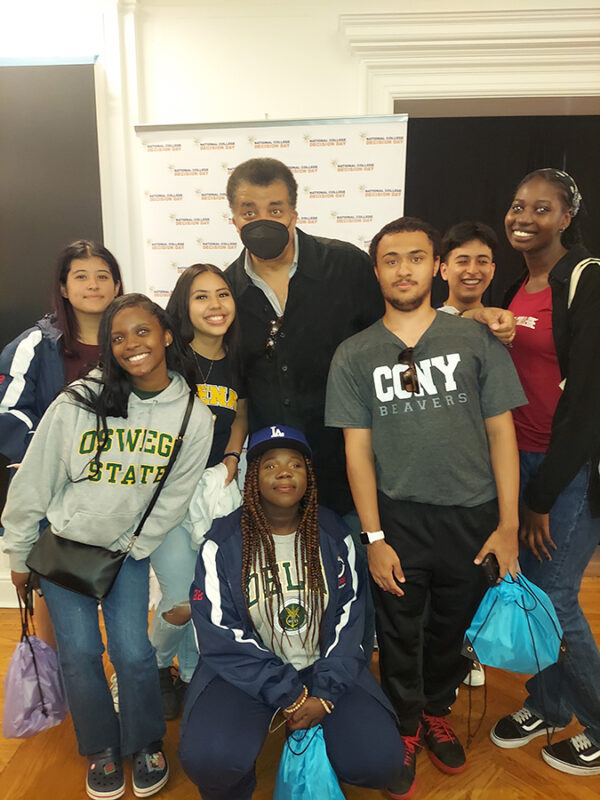 But of course StreetSquash didn’t only celebrate seniors. All of our students worked hard this year and our middle schoolers and other high schoolers were celebrated as well.

Our 6th through 11th graders also received awards and honors during a ceremony held at StreetSquash and that was followed up by a catered meal.

“Some of those students are much younger so it was nice being able to see them get honored and get awards too,” Nieves said.

“Our kids are so sweet,” Nieves added. “They have this niceness and innocence about them and it makes it so nice to celebrate them.”

Nieves also said the event allowed her to reflect on how much the students have grown and how much more mature they’ve become.

Below is the list of awards won by our 6th through 11th graders:

2022 End of Year Celebration at StreetSquash 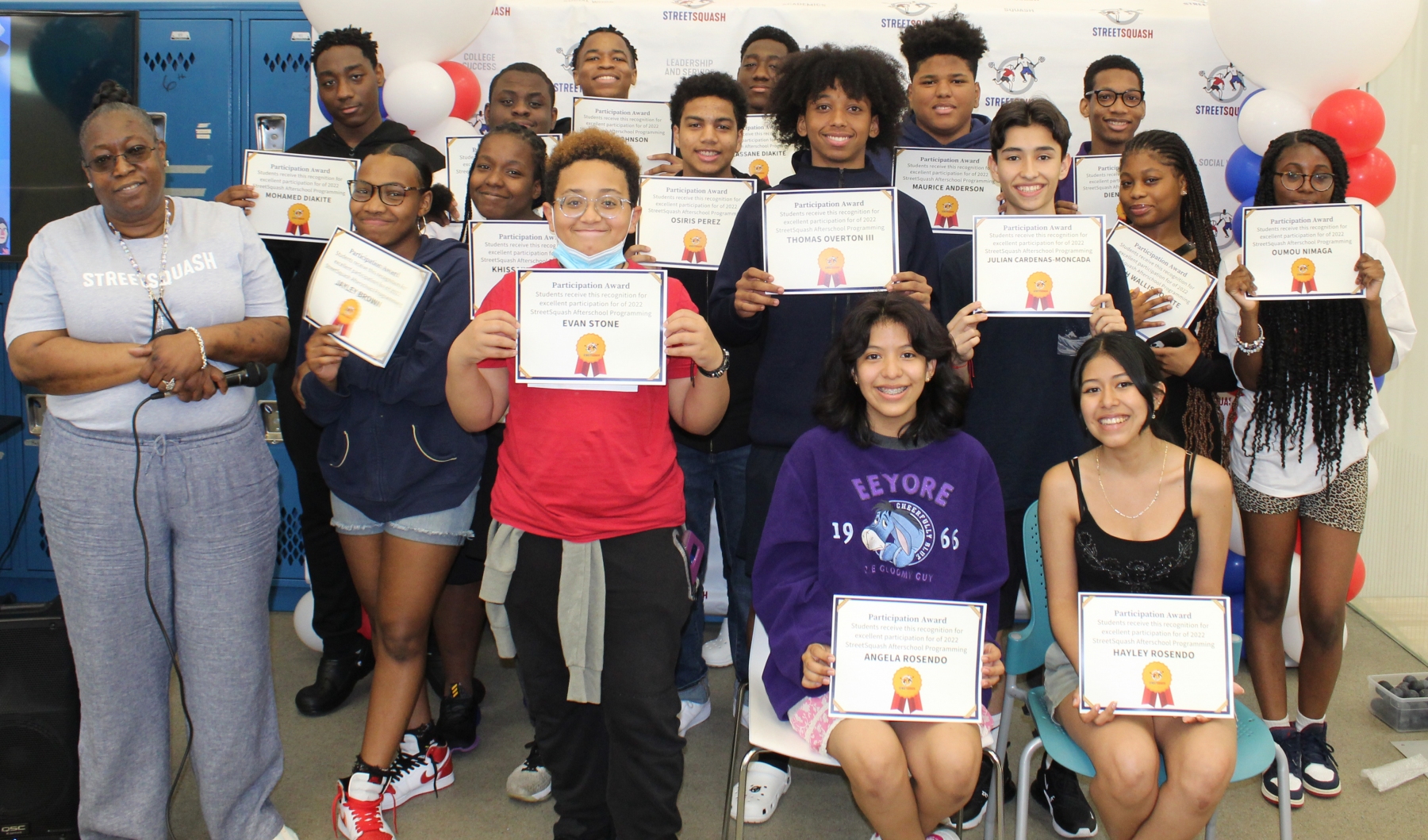