Hi everybody! Nnemoma, Will and I had such an awesome team trip with the tenth graders!

We left StreetSquash after a quick breakfast around 9:30 on Saturday morning. We drove a couple hours to Skirmish Paintball in the Poconos, got our camo suits, met our incredibly confident referee Mike (he told us several times that he is the Best in the Biz so we were very very lucky to have him), split up into two teams, and got started. After a couple paintball gun mishaps, and lots of nerves, everybody seemed to get the hang of it and have a good time. Will developed a reputation among the students as being a paintball professional, along with some braver players, including Geraldo, Ryan, Mauricio, Haby, Jalil and Suejona, who were often caught on the run, risking their lives for the hunt. Nnemoma and I preferred to find a good hiding spot and attempt to shoot from afar, similar to Sammy, Leslie, Marvyn, Jahquan, Jermaine, and Mouctar’s style. We got to play about 5 games before we ran out of ammo. We had lunch provided for us in between games which was a welcome break from all the running and hiding. Having gone on this trip with a different group last year, I can safely say that this group was VERY nice to each other. There was only one instance where Ivan accidentally shot DJ a little too close. Everyone else was very very careful with each other, which was great! By the last round, a couple people were a little sick of the anxiety around the whole thing and sat a couple games out. The students who had ammo left at the end of the day got to compete against a much younger youth group for the grand finale. Everybody had a lovely attitude and a great time.

After returning our gear and saying our goodbyes, we drove to the hotel and cleaned up before dinner. Everybody was extremely grateful for to shower and clean up before dinner at TGI Fridays!

The next morning, around wake up time, some of our kids understood our wake up call to mean “be downstairs and ready by 8:45,” and others took it to mean “wake up at 8:45,” but thankfully we meant the latter and happened to have some early birds. We all ate complementary breakfast at the same time and overwhelmed the hotel staff and other guests in the moderately small breakfast room. However, our students were very courteous and we got out of there without any trouble. We drove over to the white water rafting place and after check in, had lots of fun taking photos in our wetsuits.

Once everyone had their wetsuits on, we got a quick rundown of how the rafting was going to go—rules, signs, schedule, etc.–then hit the “rapids”. We all hopped in our rafts (4-6 people per) and immediately hit the first whitewater portion of the river. I think it was good that we had a rapid right off the bat because some of the kids were a little nervous about how severe they were going to be, and soon realized it wasn’t too scary. On the calmer parts of the river, battle wars broke out with students filling their buckets full with water and splashing nearby rafts. The primary culprits were Geraldo and Cerina, often trying to throw water at rafts that were well out of range for even a major league outfielder. Nonetheless, the effort was admirable. Eventually, the sun came out for a bit and some of us got to soak up some rays, especially some of the kids who took the sunshine as a signal to take a nap, abandoning their paddles and letting their rafts coast astray. Good thing there were no waterfalls. About halfway down the river, we stopped for a really nice bbq lunch. We all feasted on endless hot dogs, chips, macaroni salad and really sweet lemonade.

After a half hour lunch break we hit the water again, refueled and rejuvenated. Soon into our second leg of the journey, we hit another calm part of the river where we were encouraged to hop in the water for a swim. The current was so strong that you could just lay on your back and surf downstream. The water was nice, but we soon learned that some of our kids are a bit lacking in upper body strength and struggled to get back in the rafts. There were definitely some comical reboarding attempts.

We finished at a little after 4pm, and made our way back to the Whitewater Center. We returned the wetsuits, checked out some pictures they had taken of us, and then started packing up to head home. With some delays, we finally hit the road a little after 5pm.

On our way back, we stopped for dinner at Panera bread, where all staff were hugged and praised for the decision to stop for food. Apparently, some kids didn’t make use of the endless hot dogs at lunch. We got the food to go and hopped back in the vans, headed for StreetSquash. We got home safe and sound a little after 9pm, unpacked the vans, and sent the kids on their way. All in all, a successful excursion! 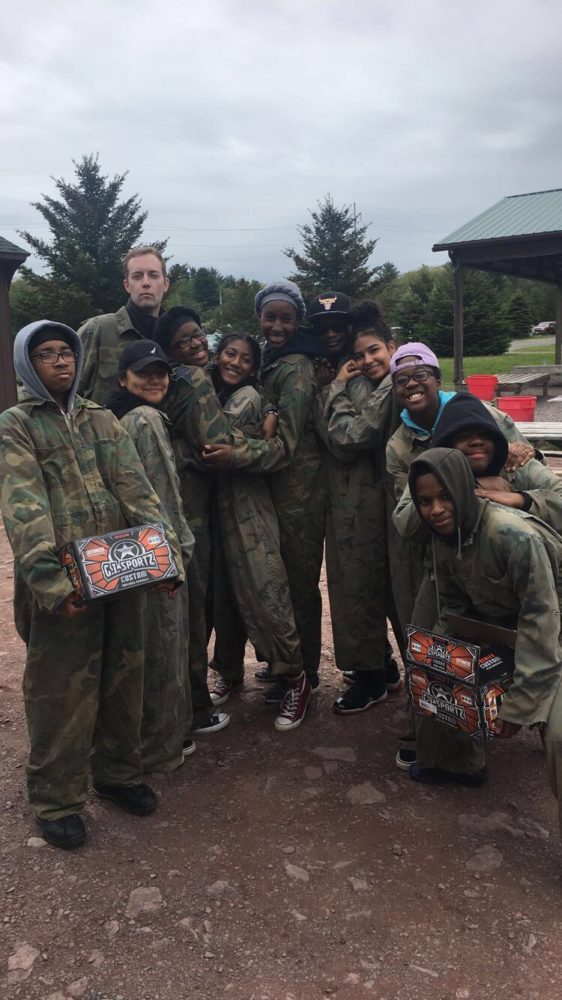 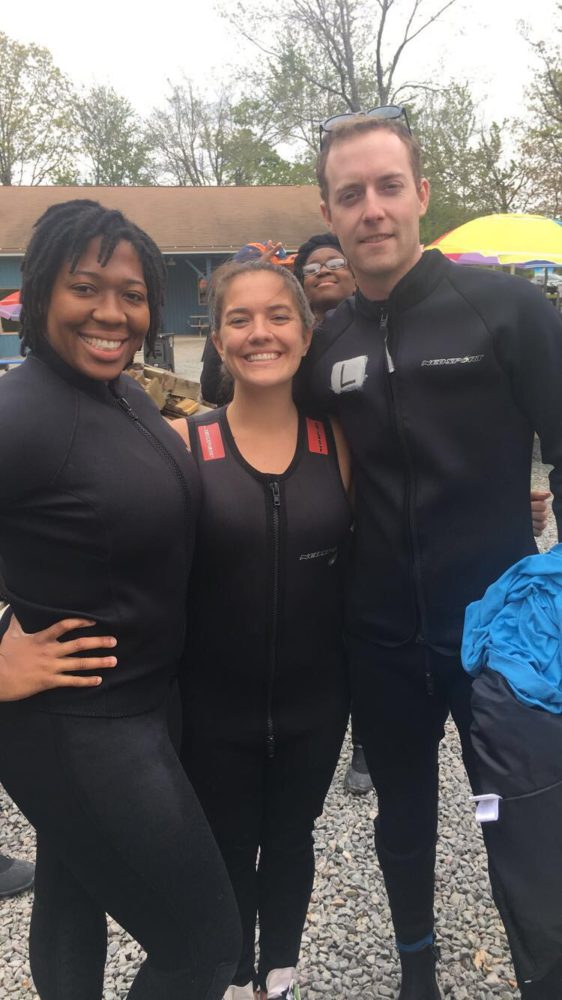 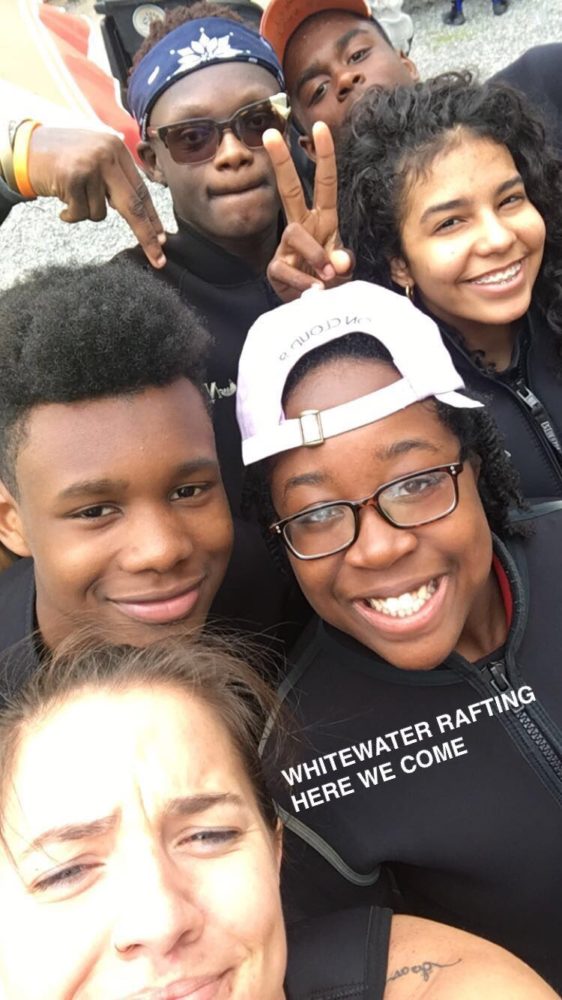 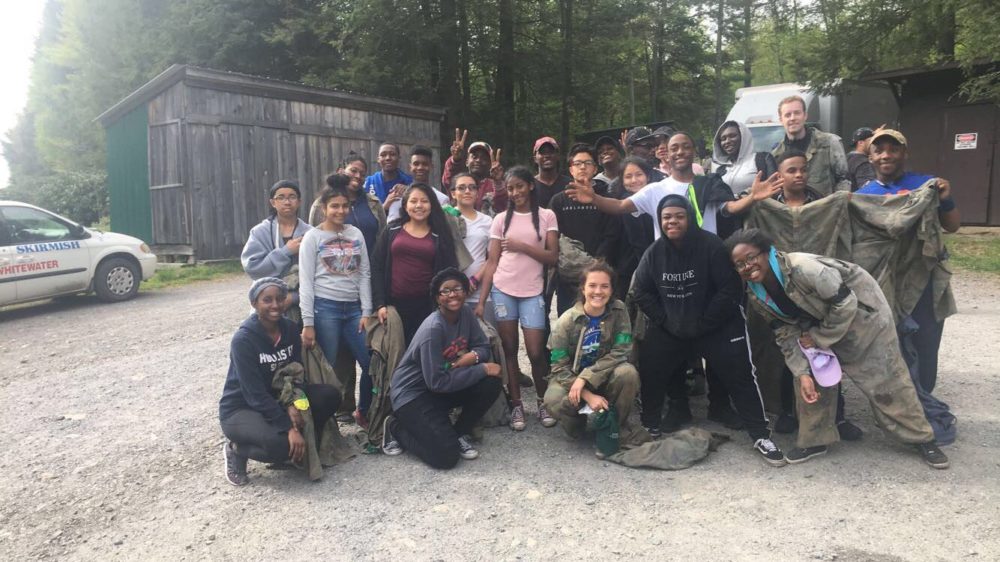 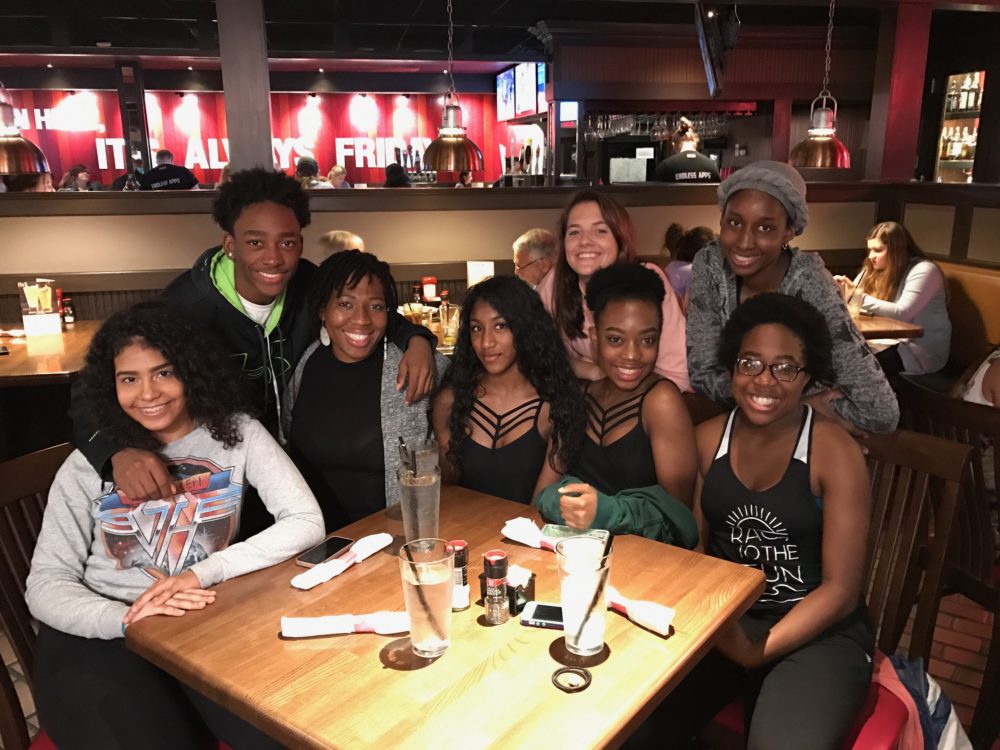