Where Are They Now: Mauricio Anguiano 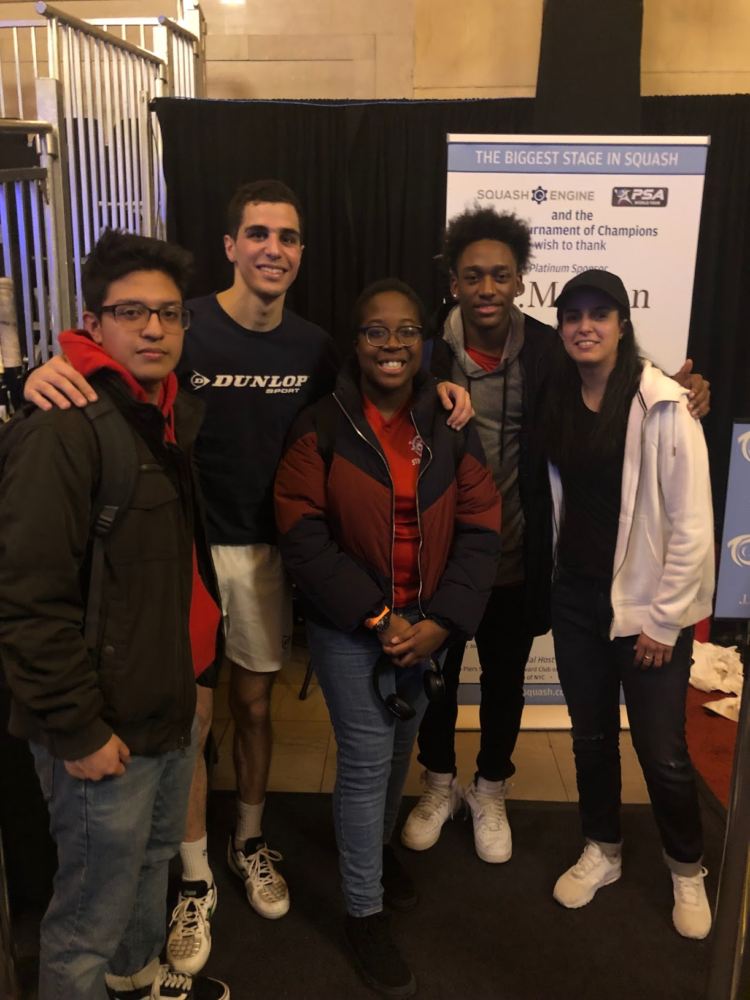 Mauricio Anguiano isn’t far removed from the StreetSquash program, graduating in 2019 and currently majoring in Physics at City College of New York. But there’s no doubt he loved his time here and he’s still heavily involved with the program.

Immediately after high school he competed in Alumni Nationals and spent some time working as an assistant within the StreetSquash academic department. But even now, he can be seen around the building often.

“I continue to go to StreetSquash to volunteer and play with the students and I try my best to be someone they can see as a friend as well as someone that can provide any kind of guidance,” Anguiano said.

Anguiano understands the value of being someone that kids can look up to.

“I believe my time at StreetSquash showed me how to work within a team, as well as how to be a leader to those who look up to me in some way,” Anguiano said. “In my senior year of high school, a few of the younger students in the program would watch me play and ask me to play with them so they could practice. This experience in particular, having younger members looking to me for guidance, taught me to be aware of how I present myself to ensure they see qualities that they themselves should try to have when on the court or off the court.

Anguiano now uses those leadership skills as the Vice President and Social Media Manager of a service club at City College of New York known as Circle K. That is part of a busy life Anguiano has led since graduating high school. In addition to being a leader of Circle K, and spending time working at StreetSquash, he also spent time as a clerical assistant with the United Cerebral Palsy Association of New York State and made extra cash with Uber Eats during the pandemic.

The StreetSquash journey for Anguiano began in 2015 as a 14-year-old. He says he first heard about the program while he was a 6th grader at Opportunity Charter School. But because he was in another program at the time, he had to wait until 8th grade to actually get involved. By that time, he knew of other individuals who had taken advantage of StreetSquash.

“When I first arrived in the building, I was very curious to see what the programming would be like, although I had a faint idea since my older sister and several of my classmates had already been in the program for at least a year before me,” Anguiano said.

Anguiano says his favorite part of StreetSquash was all the people he met while playing squash.

“What I remember most about StreetSquash is the connections made not only within the team itself, but as well with other teams within SEA,” Anguiano said. “It was very easy to get closer to those you are growing and playing with, especially at tournaments or college tours.”

“If I were trying to recruit a new student I would mention to them the many opportunities that StreetSquash provides, such as traveling for tournaments and college tours, test prep, and the camaraderie that comes with being part of the team,” Anguiano said.