Where Are They Now: Raheem Logan 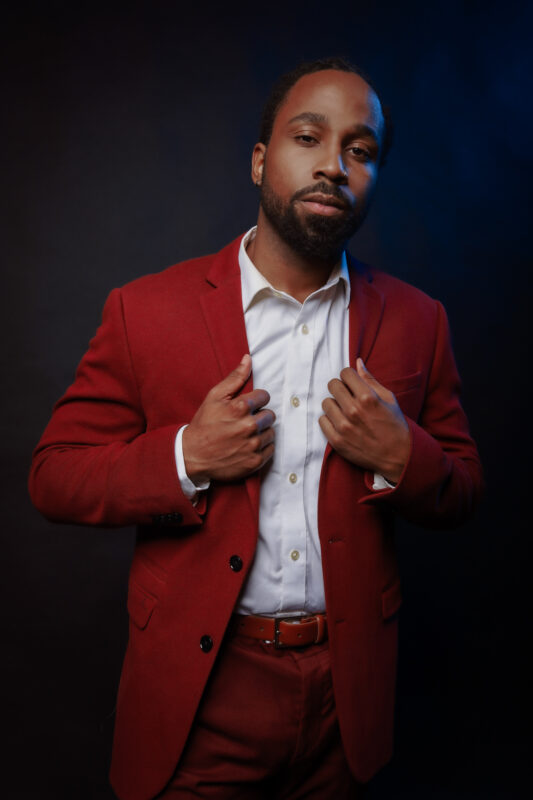 Raheem Logan found out about StreetSquash the same way many other students discover the program. He was 11-years-old in the school cafeteria at Thurgood Marshall Academy and heard a presentation from StreetSquash staff. He listened in along with his mom.

“I had no intention of trying it,” Logan said. “However, my mother was intrigued. I think possibly because it was unfamiliar, something new. But my mom was like, you’re gonna try this.”

Logan said at the time he was big into playing basketball and had two brothers who played basketball.

“My mom challenged me,” Logan said. “She said give it a month, see if you like it, know why you don’t like it if it’s something you don’t want to do. And you can make a decision after that time.”

And of course, Logan was happy he gave it a try.

“It was fun,” Logan said. “I think the sense of community was the biggest part. I was moving to a new school, I didn’t really know anybody. And this program just gave me an opportunity to meet a lot of new people. And the game itself was really fun too.”

Logan said the people are what kept him coming back.

When Logan was a student with StreetSquash, the organization didn’t have its own dedicated facility yet. But some of his favorite memories were staying at people’s homes for tournaments.

One moment that stood out was a tournament not too far away in Brooklyn.

“The apartment we stayed in, this family was really nice,” Logan said. “They had two floors, all the food you could ask for. And they were really kind to us.”

He said that the homes they stayed in inspired him to be better at squash.

“My teammates and I would talk inside those houses and say we’re really here right now because of this game and this tournament” Logan said. “And you wanted to play well so you could stay longer. Because if you lost early, you had to go home early.”

Logan added that all of the traveling was a great experience.

Logan’s journey with StreetSquash as a student came to an interesting end. He didn’t stay until he graduated high school. In 10th grade, he earned a scholarship to boarding school in Connecticut and went there.

Following boarding school, he ended up at Wesleyan College where he was at the bottom of the starting lineup on his squash team as a freshman. Eventually he earned his way to be a two-time all-conference player and was the captain of the squash team in his senior year.

During his college tenure he also spent time as an intern for StreetSquash’s summer programs.

“I had a really awesome time because of the way the kids gravitated towards me,” Logan said. “But it was a respect level because we talked with one another not at them.”

That was the moment that Logan knew he was drawn to youth. After college he was hired as the Director of Squash for CitySquash.

“I wanted to be the coach that I never had,” Logan said. “I had some awesome coaches. None of them ever looked like me.”

He left CitySquash after he felt there wasn’t any more room to grow there. At that point he went back to work at the boarding school where he graduated both as a squash coach and a teacher.

“Again, not too many Black teachers at the boarding school I went to,” Logan said. “I wanted to be the version [of leadership] that I never saw.”

Logan taught a world religions course and a course called “human relationships” where he had the opportunity to teach students about emotional intelligence.

“It was cool to have conversations with high school students about boundaries,” Logan said. “How to set them, how hard it is to keep them depending on who it is.”

Throughout this period in his life, he also got the motivation to write a children’s book called Black Boy Fly.

“The idea actually came from one of my friends that I met from StreetSquash,” Logan said. He reached out to me and said I see that you write for the blog, we should write a children’s book.”

“It’s a conversation about young Black boys and talking about their feelings and emotions,” Logan said, “Being vulnerable is so often viewed upon as being a weakness. Feeling a level of exposure and uncomfortability. But there’s strength in it.”

“And then I think it’s a story about adults and the hypocrisies they tell their children,” Logan added. “It’s like do this or display this emotion. For a child, how do they know how to do that in tough situations if they’ve never seen you do it?”

Eventually Logan made his way back to Harlem for a short time to work for a nonprofit called Dream.

These days, he’s working as part of the Squash and Education Alliance in a consultant and project management role and running summer programs. He also tries to stay connected with StreetSquash.

He’s been in touch with many different former StreetSquashers about their experiences with the program but he says no matter what, people should make an effort to help all the students who come through the organization.

“Don’t let your feelings come at the expense of these students,” Logan says. “We still have to make sure we find what’s best for these young ones and make sure they see examples of what they could be.”