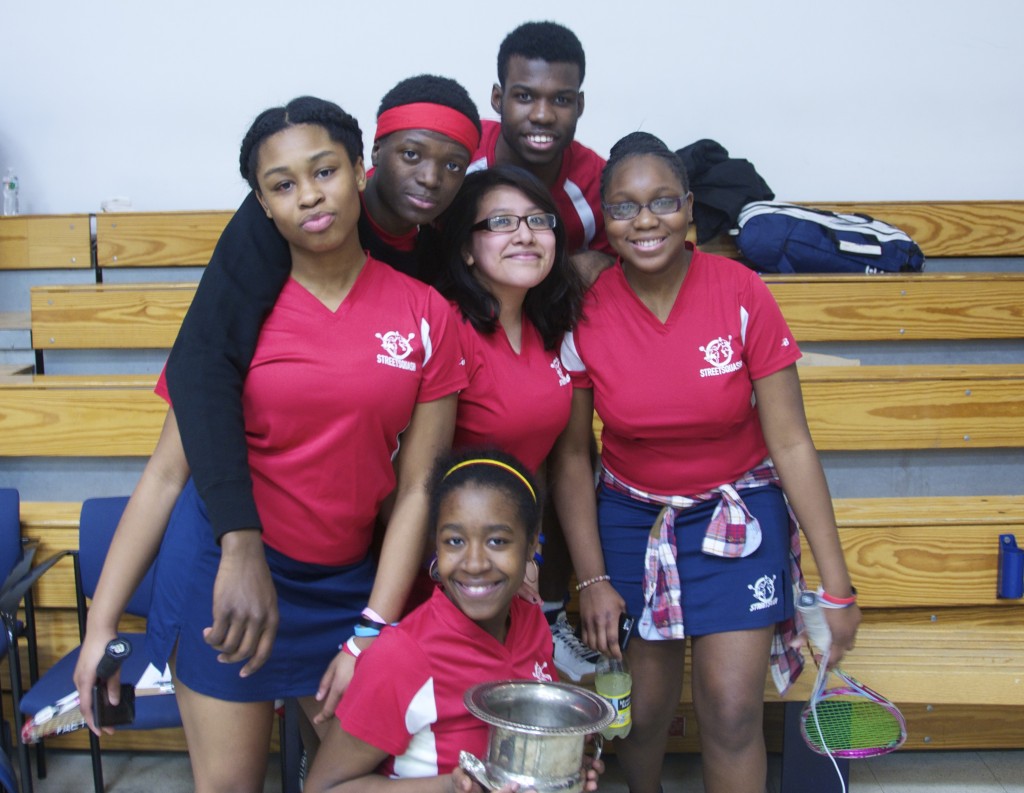 This Saturday 34 students traveled to New Haven via the Metro-North for the sixteenth annual StreetSquash vs. SquashBuster match. En route to New Haven it began to snow, but that didn’t hold us back from trekking to the squash courts.

When we arrived at Yale, the students got on court wearing their StreetSquash uniform with pride. George gave a pre-match speech to all the students that helped get them focused and ready to go. We did an abridged version of introductions, with both teams shaking hands in the middle of the court, since we could barely fit everyone into one squash court.

After introductions, the StreetSquashers huddled up and gave the biggest StreetSquash chant I have ever heard. The matches were competitive, but StreetSquash’s grit, determination and depth served to be too strong for SquashBusters. StreetSquash won all but four matches with an overall score of 36-4, bringing the trophy back to Harlem for the fourth straight year. Historically, SquashBusters has gotten the best of StreetSquash with overall match score of 10-6.

Highlights: The alumni support of Nasean ’14 and Taylor ’14, our guest photographer/hype man Frank P, and Kamali ’15 thinking that she lost her match after the fourth game and regaining focus in the fifth to win
her match.