This Saturday, 38 StreetSquashers traveled to New Haven, Connecticut to play against our oldest friends and competitors, SquashBusters. We had an early morning, with students set to arrive at StreetSquash at 8am. We arrived on time for our train, and settled in for the two-hour journey north. After a brisk walk to the Payne Whitney courts at Yale, we were warmed up and ready to play!

Spirits were high on both sides, with the girls having a very lively introduction, competing as to who could cheer the loudest. Before disbursing to the courts, the girls had an energizing pep talk led by alumna Mawa ’14, who was home from college for spring break. Everyone was focused, determined, and ready to give their best.

After the first round of matches, it was evident that SquashBusters had a deep line-up, winning 9 out of 10 matches. Our Boston rivals took steady control of the boys side of the match, winning 16-4. The girls battle was a bit tighter, with SquashBusters ultimately taking the win, 13-7.

At the conclusion of the match, we gathered on Court 1 to congratulate one another on a wonderful day of squash, and to take a group photo. We presented the trophy to SquashBusters, promising to win it back again next March. Once we cleaned up and said our goodbyes, we made the return trek to the Metro-North station.

Special thanks to Clare, Will, Katiria, Jack, Tai and Mawa for all of their help! 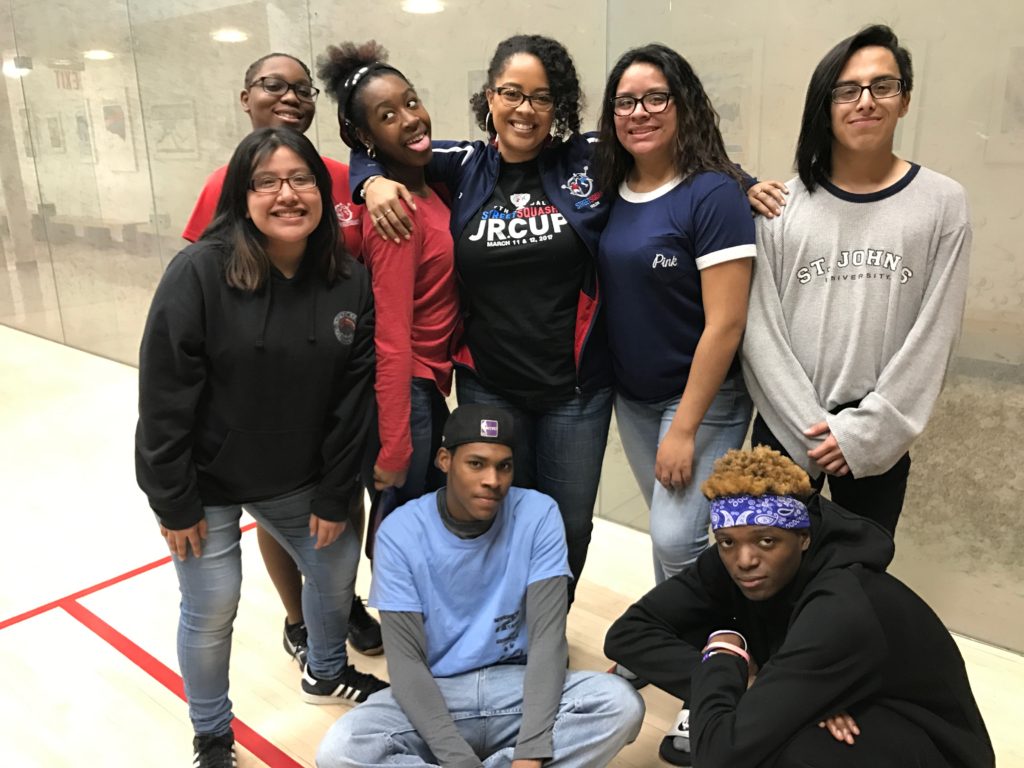 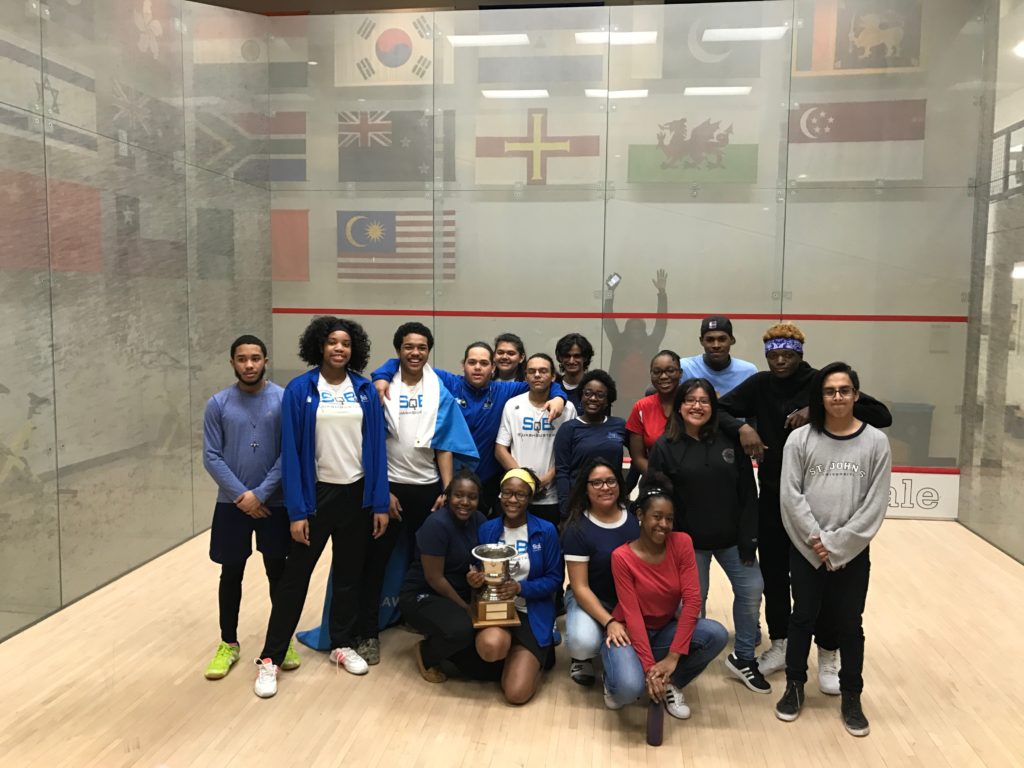