Where Are They Now: Daequan Andino 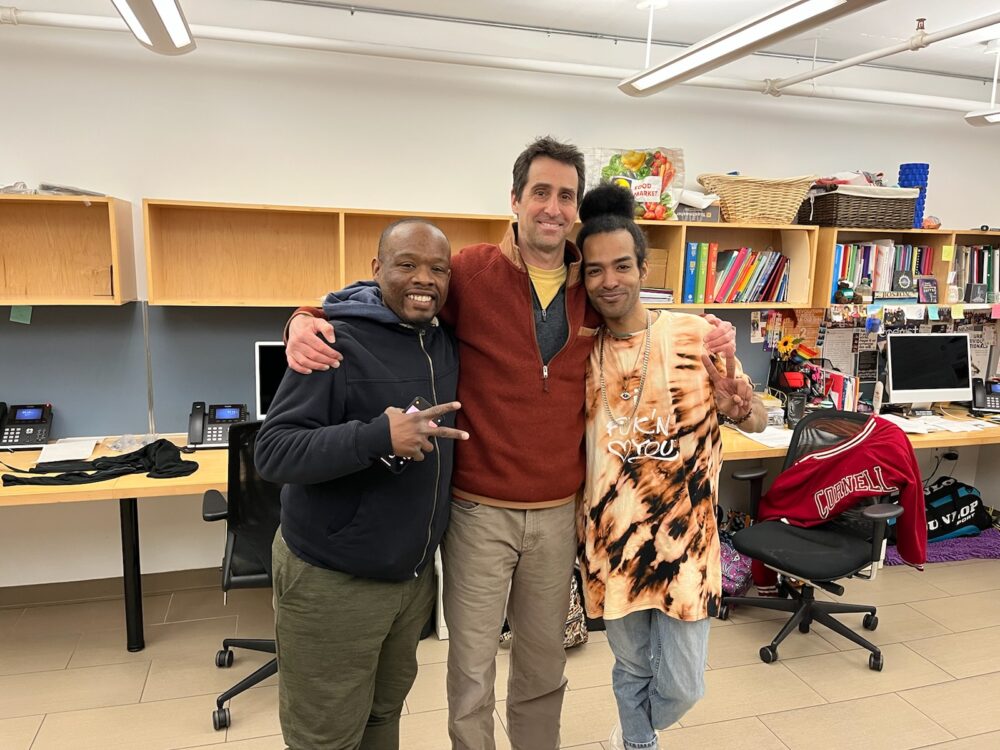 When Daequan Andino joined StreetSquash, it was a completely different time. The organization had only started a couple of years prior, and there was no dedicated StreetSquash facility. The year was 2001, and Andino was sitting in math class during the 7th grade when he first heard about StreetSquash.

He says two employees came to the classroom to explain what it was all about, and the pitch, which involved introducing students to a squash racquet and squash ball, was enough to convince him to give it a try.

Because the S.L. Green StreetSquash facility didn’t open until two years after Andino graduated high school, his days were spent playing at Columbia University. Other facilities, like The Harvard Club, also hosted StreetSquash students at the time. For Andino, this allowed him to experience many firsts. Other than the sport of squash itself, he says having the opportunity to play at Columbia University gave him his first glance at what it was like to be on the campus of an Ivy League University. He remembers vividly what the squash courts were like there and his first impressions. 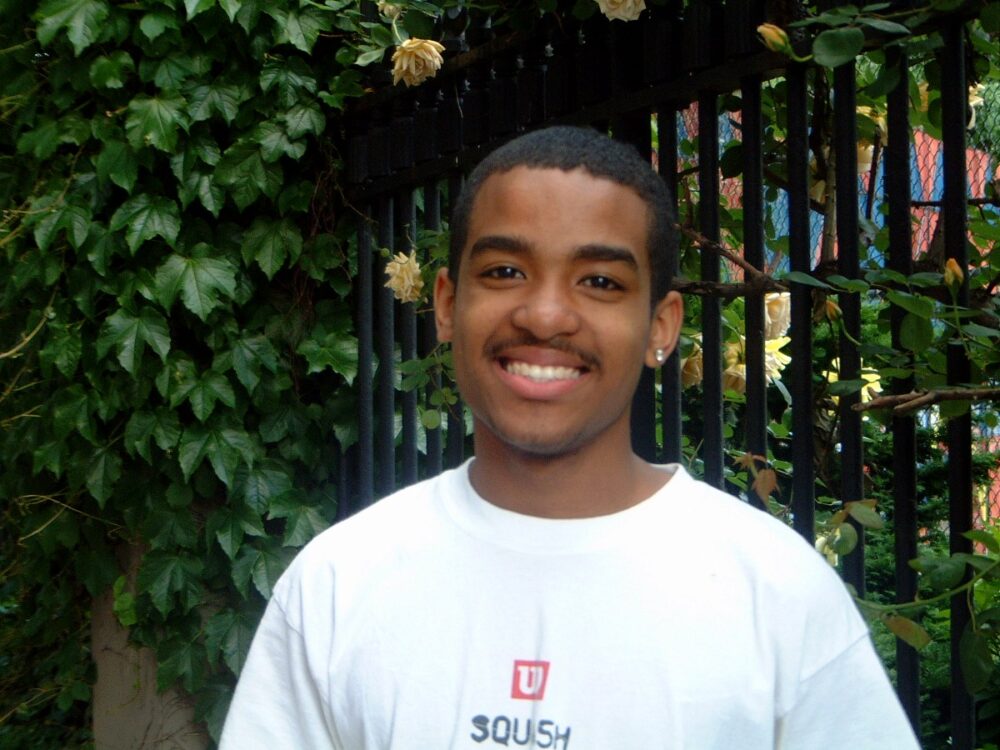 Daequan Andino during his time at StreetSquash

He described it as “dungeon-like” as they were located in the basement of a building. He said the courts, located behind “these little doors” were completely foreign to him. But the courts, the goggles, the racquet – it sparked a curiosity in him and he wanted to learn more and more.

Off the court, he remembers the tables that were set up around the corner for academics and for snacks. He says StreetSquash provided him with food like cheese sticks and chewy bars that he would never have at home.

But his favorite part of StreetSquash? The opportunity to take trips and play in various tournaments. He recalled his mother serving as a chaperone on one of the Boston trips as a particularly fond memory. He says he also enjoyed going to squash camps and seeing a variety of different squash players. Andino said he was the only Black kid at the Princeton squash camp, but he didn’t feel awkward because he was amongst the rest of the squash community.

Since he graduated from high school and StreetSquash in 2006, Andino has spread his wings far and wide. At first, he went to the University of Bridgeport, initially with the intention to embark on the journey of becoming a lawyer. But before too long he found his passion for fashion, and moved back to New York to attend the Art Institute of New York for two years and then Parsons School of Design for another year.

But just as StreetSquash gave so much to Andino, it inspired Andino to continue community-type work moving forward. In the mid-2000s, he helped lay the foundation for StreetSquash’s Alumni Board while working as part of the National Development Council as an intern. From there, he went on to work as a contractor for New York’s Board of Education creating curriculums to be taught to students K-12. During that time he also hosted free fashion shows in Harlem. He also spent 7 years teaching design for youth for an after school program. He recently started a role as the Coordinator of Programs and Volunteers at The Shepherd Wellness Community in Pittsburgh, an organization serving people living with HIV and AIDS.

Andino’s love of fashion is still fueling his everyday though. He launched a fashion line in 2007 called AYEMEDICI which runs strong to this day. In August of this year, it will mark the 15th year since his first fashion show.

And in 2017, he started an Art and Lifestyle magazine called AYME Magazine. He says AYME is an acronym for “Apply Your Mind Everywhere,” a mantra that Andino is clearly abiding by in his own right. As he continues to dip his toes in various ventures, Andino says StreetSquash gave rise to his “no-quit” mentality.