Last night Jen and I took 9 kids to the School of Rock Broadway show. We had a somewhat stressful start as 9 children showed up for 8 spots, but we called and they were able to give us an extra ticket!!

We headed downtown right after program with a quick stop at Ray’s Pizza for some much-needed fuel before the musical. Genesis ’19 learned the hard way to wait for a steaming hot pizza pie to cool down as all her cheese slid off when she pulled her slice vertically off the tray. At least three other students saw her mistake, and then did the same exact thing. We then walked back over to the theater for the play to begin.

Everyone really enjoyed School of Rock, including myself. For anyone who hasn’t had the pleasure of seeing it, it is essentially one adult with about 15 of the most talented 8-10 year olds on Broadway. In addition to the fantastic musical numbers, it was really funny. The students were laughing throughout the entire production; with Fatou ’19 literally crying of laughter for 98% of the play (including intermission).

Thanks to Early Stages for the wonderful opportunity, and to staff member Jenn for accompanying the trip! 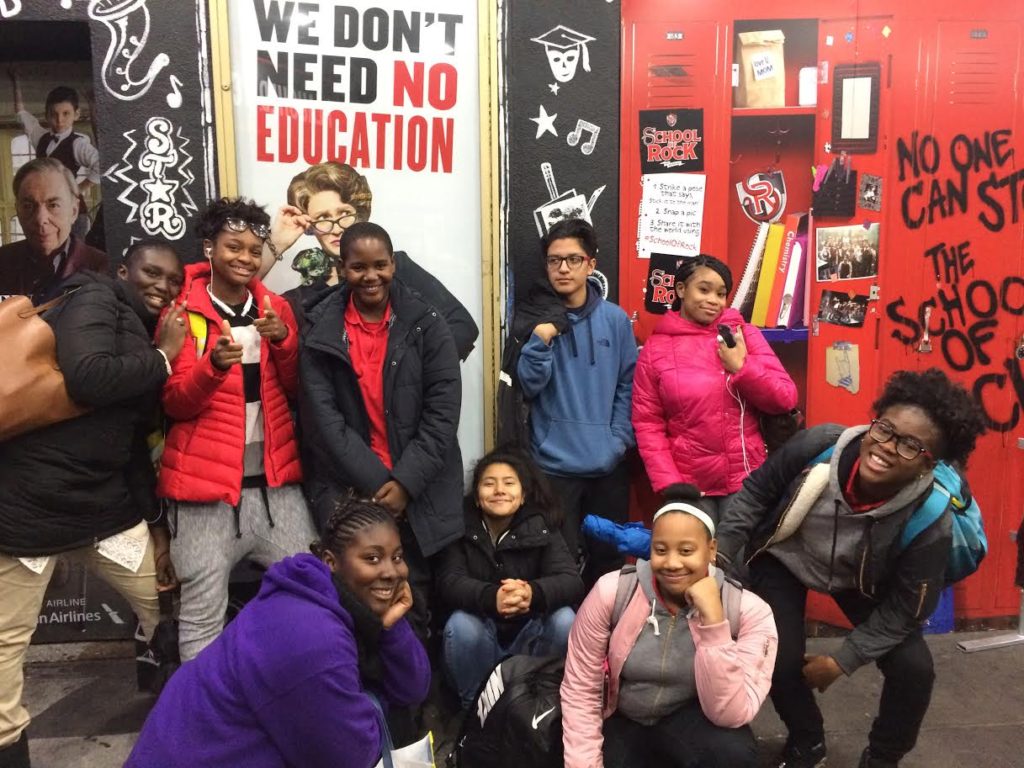 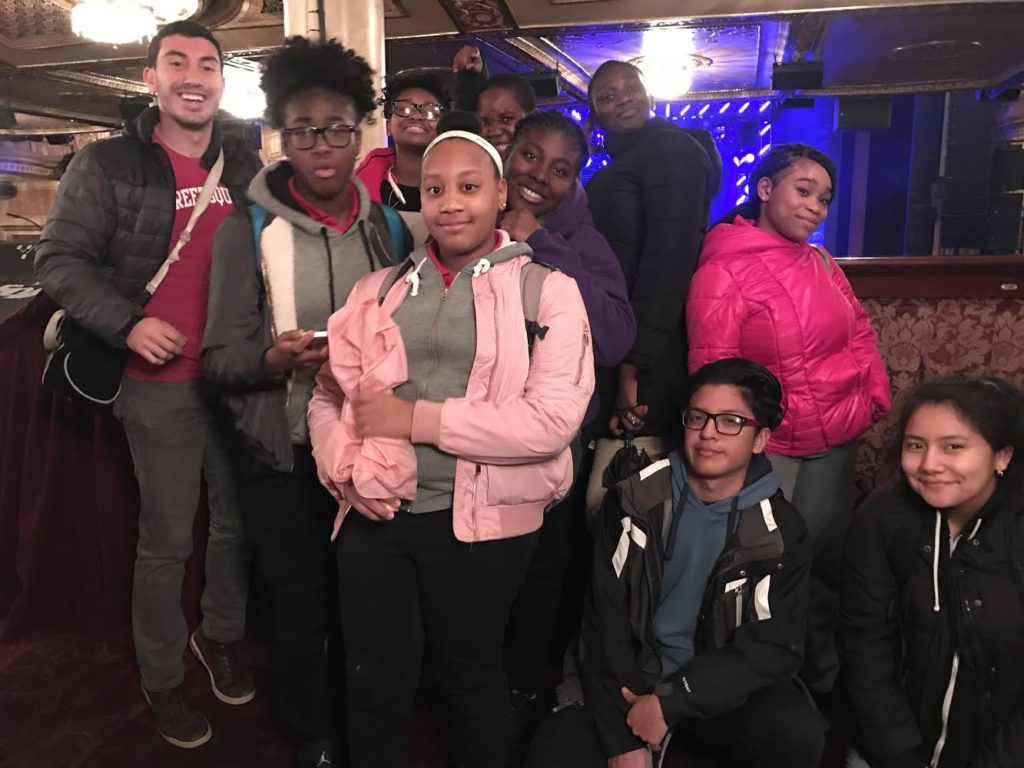