On Friday, May 15th 20 students traveled to the Westminster School for the Urban Northeast Individuals in Simsbury, CT. After a rough departure on Friday, we arrived at the hotel around 10 pm. The students were eager to stay up but were told to go to bed ASAP, as they had a big day of matches. The students were up and about before the 7 am wake up call. We arrived at Westminster, where students were welcomed by Westminster’s admission and were given Westminster draw string bags. Matches commenced at 9 am and all the students were ready to go. After the first round of matches we headed to the dinning hall for lunch and a mini-tour of campus. The second round of matches served to be interesting with several StreetSquash vs. StreetSquash match-ups. The students took the matches very seriously and were ready to battle even against their own teammates. In the last round of matches we had Naheem, Leslie, Nicholos, and Alfred playing in the finals for their respective divisions. Alfred was the only player that was able to win all his matches and bring back some hardware. 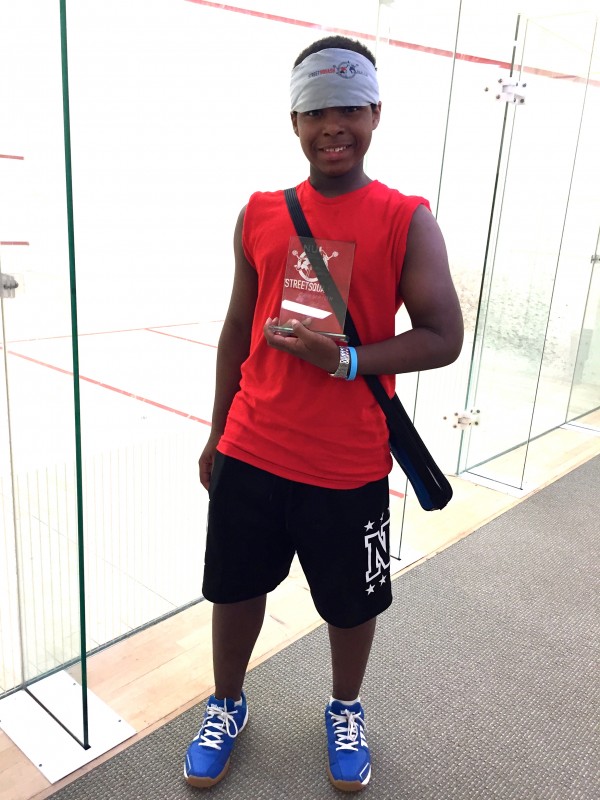 Overall the tournament was a great experience for all the students. Some highlights were a lot of the students played in their first tournament ever and learned a lot about how a tournament works. The students really enjoyed the Westminster campus and some of them said they would want to go there. Leslie being the only high schooler, she was a huge help serving as a player, coach, and chaperone. At the end of the day we were able to gather all the students for a huge StreetSquash chant.