An Overview of the StreetSquash CASAS Program 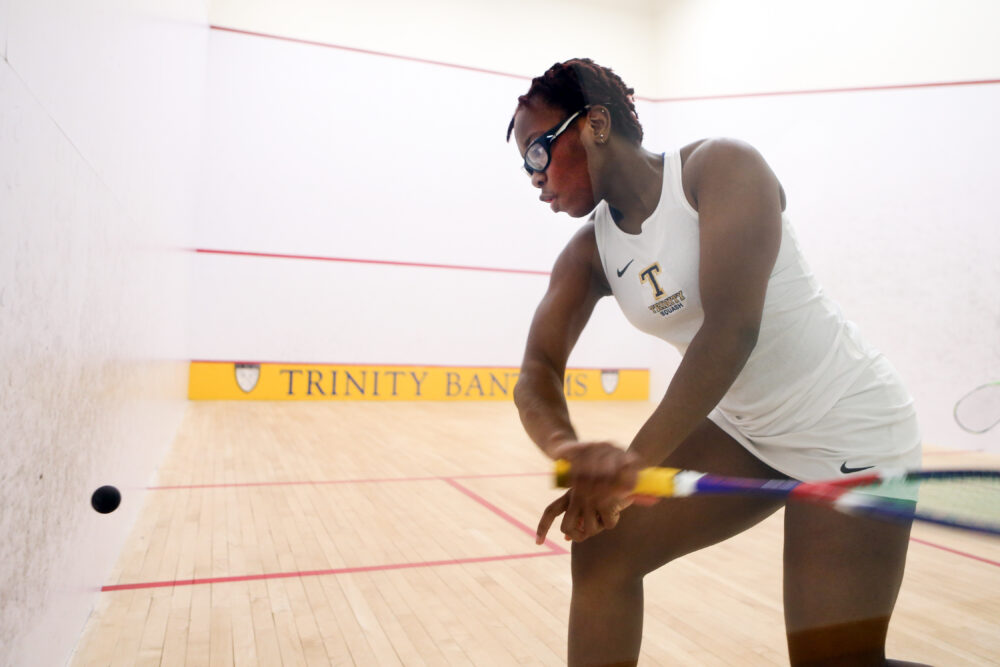 One source of pride for StreetSquash is not just preparing students for life after high school, but maintaining contact with students during that time to help them transition into life after graduation. Whether students choose to go to college or not, StreetSquash acts as a support system for everyone who goes through its program.

For students who choose the college path, the CASAS staff engages in two campus visits throughout an individual’s college tenure. They get a visit during their freshman year, and then again in their junior year.

Robert and Olivia spent the month of April visiting nearly two dozen students meeting them wherever they may be to check in on how they’re doing.

Robert says he’s been visiting just with juniors this time around and making sure the students are prepared for their final year of college and beyond. He explained how conversations generally go with students.

“The conversation begins with how are they doing academically,” Robert said. “Do they need any support from StreetSquash? And we’re really focusing in on their career development. What are they thinking about doing?”

Then he says the focus is on how they’re going to achieve their goals and looking at a five-year plan. He says there’s a focus on relating their academics to their career and making sure they have the tools that employers are looking for.

“We know that employers want students to have leadership skills or to be involved on and off campus,” Robert said. “And really talking to the students about maximizing that opportunity.”

He notes that the summer after their junior year is their last opportunity to have a summer internship prior to graduation and makes sure that students don’t miss that last chance for real world experience.

Robert says in a world that’s becoming increasingly more digital, he wants to ensure students have the necessary computer skills to succeed after college.

Robert emphasized the value of the campus visits admitting that roughly seven in 10 students in their junior year still won’t know exactly what career they want to pursue after college.

“Most are a little confused,” Robert said. “They don’t know what they want to do. So what we’re telling students now is that StreetSquash is really focusing in on career development and career readiness.”

StreetSquash is offering two assessments that college students can take who are still unsure of what they want to do according to Robert. He says there’s the Myers-Briggs Type Indicator test and the Strong Interest Inventory test.

But Robert says he also talks to students about taking advantage of resources that are available to them on campus.

Though there’s students still trying to figure out where life will take them, there are the few who believe they have things figured out. Robert paid a visit to Cerina Shippey who has taken the opportunity to study abroad in France. She speaks four languages, is doing an internship in France, and hopes to one day work in TV or film. Cerina was also recently chosen as a recipient for a $2,500 scholarship.

Leslie Gonzalez is another student Robert visited in April. She also received that same $2,500 scholarship. Leslie is currently involved in an off-campus internship that helps students focus on their academics.

Then there’s Zeinab Bakayoko who has taken full advantage of the StreetSquash community. She’s at Trinity currently doing an internship with the Center for Constitutional Rights. She received that internship via the help of another former StreetSquasher who currently works there. Sade Evans, who graduated from StreetSquash in 2013 posted the internship opportunity specifically for StreetSquash students and Zeinab jumped right on it. Robert says Zeinab is slated to do another internship in Boston that is also centered around constitutional rights.

Another student who stood out during Robert’s April visits was Ryan Mack. Ryan is joining the NYPD Academy in the Fall. He’ll also be transferring to John Jay College of Criminal Justice where he’ll be allowed to use his time in the academy as college credit. That will allow Ryan to go through the academy and still graduate on time.

Robert says for those still navigating their options, they’ve been motivated to take action.

“They’ve been sending me their resumes to critique and polish up and help them begin looking for an internship,” Robert said. “I would say 95 percent are very receptive to that conversation.”

Anyone who has internship or job opportunities to offer to StreetSquash students and alumni should email Robert@StreetSquash.org.