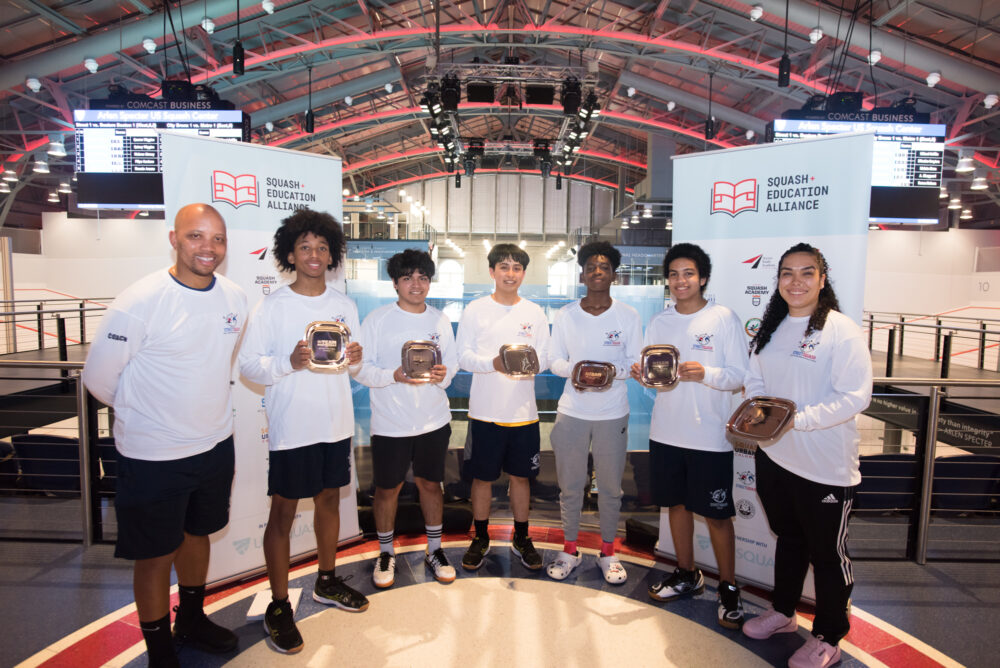 It was a thrilling weekend (Apr. 8-10, 2022) for the StreetSquash High School Boys National team who came away with a championship victory at the first SEA Team Nationals since before the pandemic.

The event took place at the Arlen Specter U.S. Squash Center in Philadelphia, a brand new facility which opened in the Fall of 2021. More than a dozen programs from the Squash and Education Alliance sent teams to the event.

StreetSquash’s top boys team had a bye in the first round of the tournament before rolling over Squash Haven in the quarterfinals. The combination of Matthew Aldana, Matthew Dayle, Kelvin O. Rodriguez, Thomas Overton, and Osiris Perez earned a 4-1 victory over the SEA squad from New Haven, Connecticut.

Perhaps the biggest win of the tournament came in the semifinals against CitySquash, a rival program with locations in the Bronx and Brooklyn. Due to a default at the number 1 position, StreetSquash entered the match with an early 1-0 match lead on the board. This stroke of fortune meant the boys team only needed two more wins to secure a major upset.

Dayle competed in a grueling five game match lasting nearly 50 minutes. Dayle lost the first two games 11-8 and 12-10 before coming back to win three games in a row. Dayle got into a groove in game three winning 11-4 before winning a tighter game four 11-7, and an intense game five 13-11.

In the deciding match Rodriguez won his match 3-1 in a hard fought tactical exchange against a very talented CitySquash player. This completed the victory for StreetSquash sending the team to the finals on Sunday.

In the finals against Squashbusters Boston, StreetSquash showed why they deserved to play in that final round. All five team members swept their opponent 3-0 to secure the championship victory.

“First and foremost, I would like to congratulate [Senior Director of Squash] Katiria Sanchez who has known these players since they entered the program. In the last year or so we have done our utmost to use the amazing resource of having a facility we can call home to really work these kids hard,” StreetSquash Chief Squash Officer Simba Muhwati said. “We have put a real emphasis on the physical and mental aspect of the game and it paid off. The team deserves all the credit as they trusted the coaching staff, and have been working hard since March last year. Now it’s time to go back to the drawing board and work to prepare for Individuals. I would also like to thank the staff of Stefany Navarro, Olivia Nieves and the caregivers who made the trip for all their support.”

Elsewhere at the event a StreetSquash girls team consisting of Ixayana Gama, Habi Sarr, Roche Brundidge, Khissaiyia Spencer, and Sienna Maloney all won their matches in the first round against Squashbusters Providence before falling to SquashSmarts in the quarterfinals 4-1. First seeded Gama, was the only girl to win her second round match, earning a 3-1 victory.

We also want to congratulate the other girls team consisting of Yasmina Banse, Genesis Macias, Gabriela Vargas, Jayley Brown, and Angela Rosendo for competing hard at the event. The other boys team included Alassane Diakite, Mohamed Diakite, Enrique Soler, Khadim Mar, and David Johnson who also fought their tails off.

Players will now prepare for another upcoming SEA event, the Individual Nationals, slated for June 3-5 at the Arlen Specter U.S. Squash Center in Philadelphia. 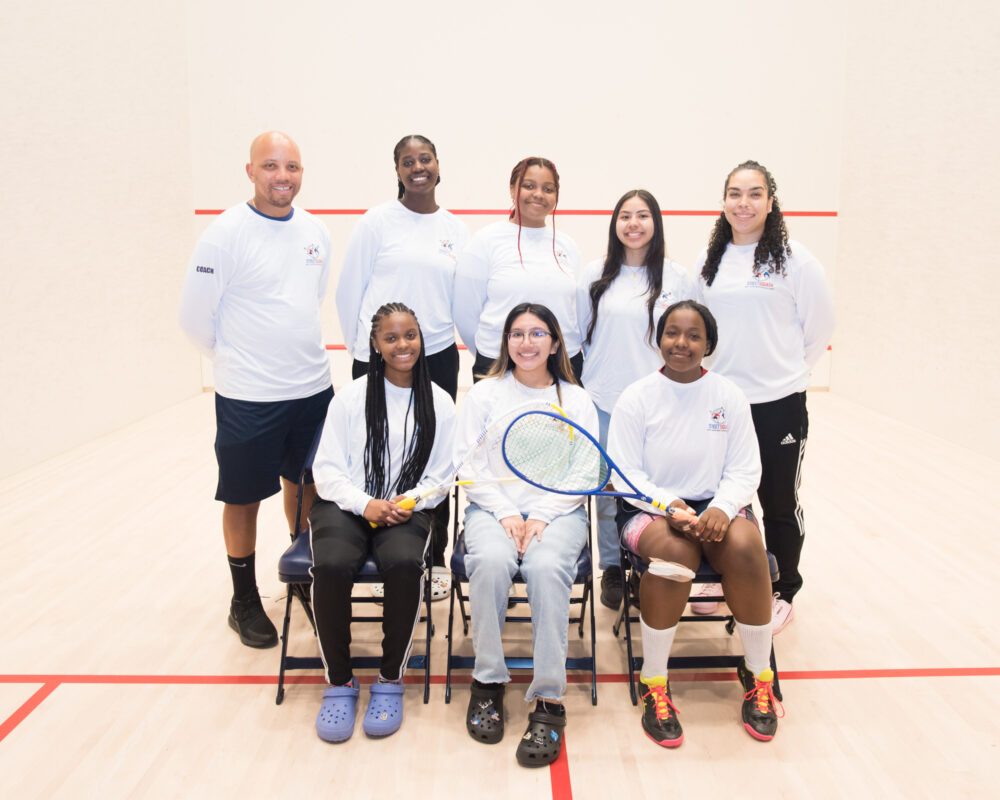